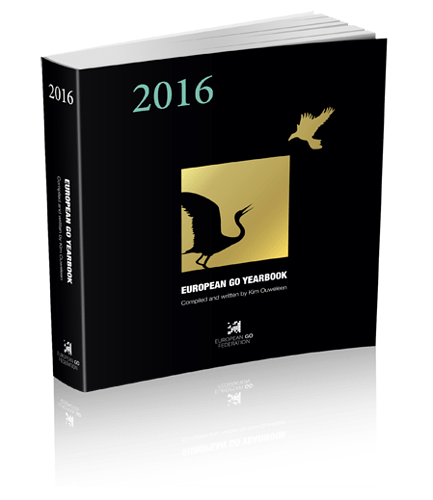 Hello everyone, my name is Kim Ouweleen, also known as Murugandi. I’m a 4 dan go player from Amsterdam, the Netherlands, and would like to share some exciting news with you.
For the first time, the European Go Federation has published a yearbook about European Go! I am the author of the book and I have worked on it for the better part of the last half a year. I’m proud to announce that it was officially released at the EGC in Oberhof last month and is now for sale online.

More information, including three pdf-previews of the book can be found at http://eurogofed.org/yearbook/.
If you have any questions, I would be happy to answer them.