5k game and asked to resign?

I would like some feedback on this game I just resigned. I was happy playing and although not expecting to win was hoping to play a bit longer. My opponent requested to finish the game, which I took to mean I was a long way behind (I think they are probably stronger than their rank suggests), and looking at the game I couldn’t see where I was going to make up points and so resigned, however, AI seems to think the game was still basically 50:50.

Would appreciate your thoughts: 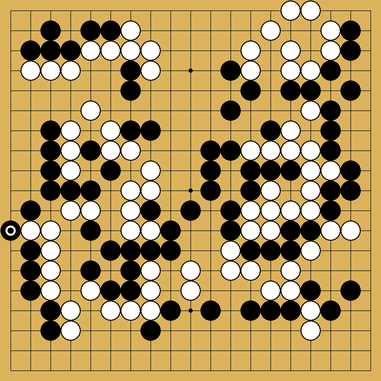 They probably thought they saw you were online and wanted to play out the game in one sitting, rather than continue the match as correspondence.

My opponent requested to finish the game

I would like to point out this is probably against the rules, but a moderator would know better.
I don’t mean to say your opponent was intentionally doing something wrong, but maybe they aren’t aware this is not good practice?

ETA or what @Gooplet said.

Katago thinks White can live in the bottom. Example of sequence: 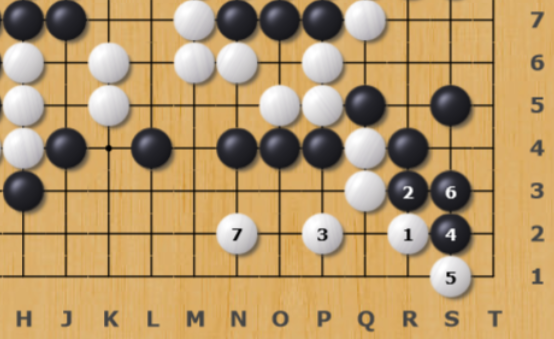 This is not yet alive but White needs to use weaknesses at M4 and K4.

Maybe. I might have been too sensitive to resign, but they weren’t on when I saw the comment.

What if I just play R3? Also white isn’t that far behind because of moves like k3.
I actually don’t think you were behind.

This is more annoying for White because of the cutting point R2. 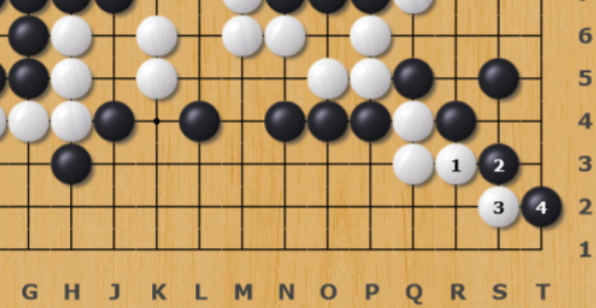 Even assuming OP’s opponent was actually asking him to resign, is it really against the rules?

As long as he isn’t spamming it, asking once seems fine to me. Some could find it a bit unpolite perhaps, but against the rules?

It is, but I think its at least a ko in the corner so you have a decent chance of winning. You can just play R1 if he plays R2

In the sense if they have it as a habit, not that asking once is some grave offense.

Count before you resign! But yeah I agree with @Gooplet based on the chat.

Edit: although… the game seems too swingy to rush it… not like yall were at dame yet

I think it’s ok if you have some free time in front of you to ask your opponent if he has too and maybe play more moves as usual.

I’m less ok with “finish” as it may imply an opinion on the state of the game (don’t need too much thinking and the linked considerations) which can influence/disturb your opponent. That’s what happened in the game btw with an early resignation.
Besides arguments on politeness/attitude, not getting hint on the game is in the TOS too.

Yep - I was a bit unhappy about this overall. Partly with myself for resigning. I felt that I must be way behind if they were asking me to resign and I felt a bit embarrassed because I usually will resign before the end if it is clear there is no way for me to win. I was also quite enjoying the game because despite my opponents likely strength advantage over me, and I am sure they would have won eventually, I thought they had maybe misplayed a few bits and I wanted to see the outcome.

It’s bit of grey area, as your opponent may have good intention in asking you and he didn’t say resign or easy ending explicitly. But i think that anyone should always consider if what you say in the chat won’t disturb the opponent.

Yep - I don’t think they did anything wrong intentionally. I just thought it was a bit of an odd situation.