A real glitch in passing

Was not feeling well and playing some quick blitz etc…

This seems to show several glitches in the system.

If I pass and my opponent passes and then I cancel I should have to play a legal move. If all moves are illegal. Then it should be autoscored.

If my opponent passes and I pass then I cancel and hit resume once again it should fall on me to make a legal move. Eventually there will be no more legal moves and the game can be autoscored.

But to be able to have both opponents pass and then one to cancel endlessly or even several times is a real problem that should be rectified. It is mostly new or trolls who attempt this. But it seems the system rewards their shenanigans at least temporarily. Even if the score is rectified, they feel they beat down their opponent. This affects new players in particular.

Here is a link to the game in question. I found it interesting that there was no way to stop the shenanigans. Pausing did not work. I called for a moderator and waited a bit but did not get a response. So my opponent is off to annoy another player. 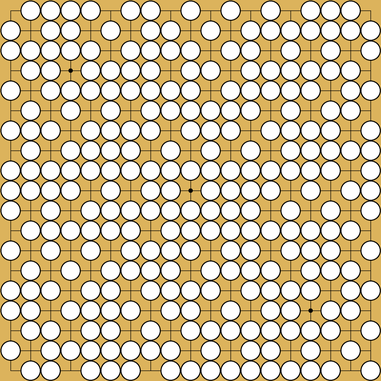 Thanks for looking into this issue!

This seems to be the same issue as recently mentioned here. It is a well known “glitch”. By the way, the same situation might occurr over the board.

The only way out is to call a moderator. Here is the list of the OGS staff

Have a nice sunday!

Thanks for publicizing this troll/cheat, which enables other players to avoid this person. I see that the game was annulled by a moderator (the only remedy after the result is final), which means that JustDead wasted your time, but didn’t hurt your rank. That behavior is grounds for banning, I believe, so we can hope that the player was at least warned if not banned.

Yes I looked at the posts you shared. Thank you.

I do not believe this would occur in person. Because if we both pass, it is over. If someone does not accept he has to play. But on OGS one can do this indefinitely during byo yomi and theoretically carry this behaviour on for hours. It is a glitch in the system. And should be remedied.

Yes hopefully warned. But it seems it should be a software issue that can be modified so this does not occur.

Perhaps if u cancel the count three times it gets frozen and goes to a moderator. This would help prevent rewarding the trolls.

And of course one should have to play if they do not accept the score, and wish to continue.