My opponent and I ended the game last week and I accepted the dead stones, but my opponent didn’t. This was on Thursday or Friday. Over the weekend weekend, the timer on the “Accept removed stones” button hit 0.0, but the game did not end. I assumed this was because of weekend pauses, but the game still has not ended.

I plan to file a bug report on GitHub, but was wondering has anyone else run into this? Can anyone offer additional context?

Mods: please don’t end the game, I’d like to keep it this way (at least for now) in case it helps with debugging. If I wanted to end the game, I could just resign as I lost anyway. 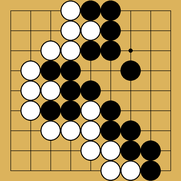 Everyone already knows about it. You’re late to the party!

May be buried. It certainly wouldn’t hurt to raise another!