Ad block or not?

See the attached image: there is an ad and also a suggestion to remove the ad block. I’m confused. 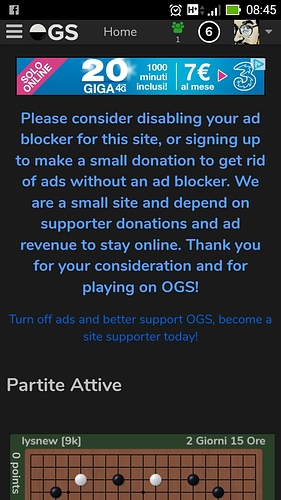 The suggestion to remove ad block does not test to see whether or not you have an ad blocker enabled. It only checks whether or not the signed in account is a supporter.

The suggestion to remove ad block does not test

and if you dont it tests whether you are a supporter and changes the text accordingly.

Well the big question is, do you have an adblock?

if so your adblock just sucks

Adam, I don’t have an ad block. It’s just Chrome on my smartphone. I have no idea if Chrome on it’s own has some sort of ad blocker but I don’t think so.

Now is even worse!

It’s just Chrome on my smartphone.

but it looks normal (considering the current state

) on mine. No idea what’s up… you might try deleteing coockies and cache, but honestly I doubt it will help