Anyone beaten katagomicro without handicap?

Has anyone beaten this 9d bot on OGS without handicap. That would be an impressive feat. I’ve managed to beat it twice with 5 handicap but lost most of the games. I was winning pretty handily against the katatrainer 9d opponent with 5, so this one is stronger.

Can anyone beat it without a handicap?

The only ones I’ve seen are other bots. You can tell the are bots because they only play unranked games against high rank bots to try out their own AI.

I don’t know how many times it happened, but I found an example: 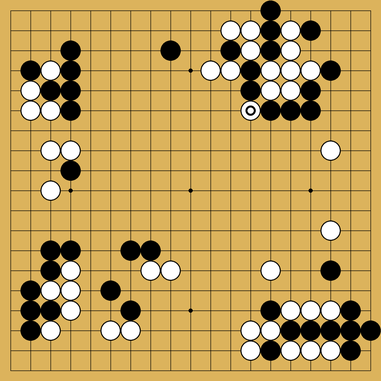 I beat it twice.

that’s ladders for ya

Edit: wait no it’s not the ladder… why did black resign?

You have won 0 out of 10 games against katago-micro

Cool.
I’m referring to 19x19, should have made that clear. 9x9 is a different game altogether.

I don’t think that’s an actual person though. Check their history, pretty sure its another bot that only plays unranked games against other bots. No way a 2k could be katago in an even game. 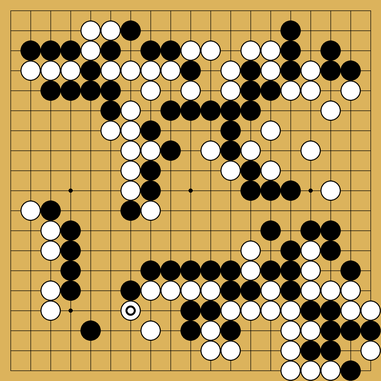 Another example, but again I’m not sure if all the moves come from the mind of a human. 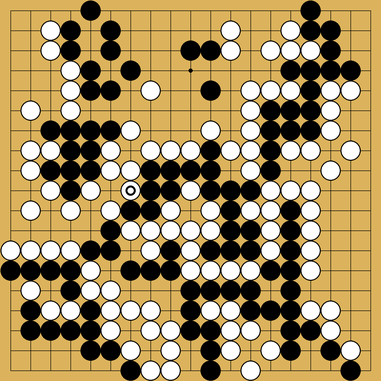 Just check the histories of the players, if its all unranked game against bots and mostly wins, then its just another bot. I’ve played pros before, they aren’t as oppressive as the katago bot. That one is a bot as well. If those games had been ranked games, that account would easily be 9d by now.

Its another bot though, check the histories of the accounts, there are all unranked wins against high rank bots. If those had been ranked, the account would be 9D. Someone is testing out their bots against Kata. I will say they have pretty good bots. 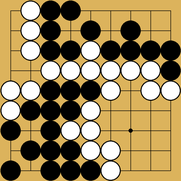 Might also be a human using a bot to help, of course.

Its 9x9, that’s different, I think that might have been a human playing. You can almost calculate out the whole game to win if you are black on 9x9 board. I doubt the 19x19 games were humans. All of his games 19x19 on that 135 account are wins against strong 9d bots that are unranked. Unless that’s Ke Jie’s sandbagging secret sandbagging account of something.

Also are the 19x19 games he plays against Kata correspondance. If it is, that can explain it. You can play out variations and get help from others in those games, especially against a bot. 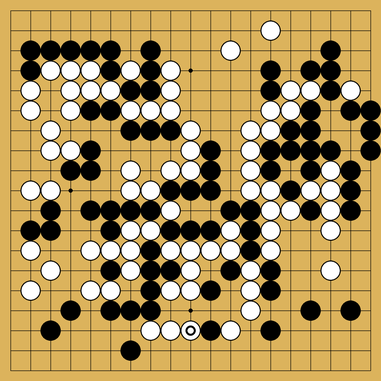 The 9p is taking a 3 stone handicap. LOL. Feel better about my 5 handicap losses now.

That makes micro insanely strong despite barely running any roll-outs. I wonder how many stones Micro would give to a katago engine running a few 100 roll outs per turn…

It is strong but as far as I know, even the kata before the last block update was able to beat it by giving it 2 handicap stones. So, it is nowhere near the actual top bots with high playouts. I can beat it pretty consistently at 6 stones and occasionally at 5 and I’m not even EGF 1d.

However, no handicap is a totally different story. It would take me lots of convincing to believe that any human beat it without handicap. Maybe some pros or top amateurs have at one point or another, spending lots of time on the match and catching a misread due to low playouts but it would be a really fringe case.

what time constraints and settings? I play 10minutes plus 5x30sec byo yomi with analysis off. I can at least split at 6 stones and sometimes pick a game off at 5.

Its kind of strange because I think the 9p played it at about the same time settings as me and lost at 3 stones and I’m pretty sure the different between me and a 9p is more than 3 stones.
The JBX Katabot is stronger, I’ve never been able to beat it at 5 stones with the same time constraints.

IIRC KataGo has parameters to play more speculative for higher handicap games (possibly improving its results). Perhaps those bots are not configured well to give higher handicaps, causing them to play too calmly?