API does not return game's list for this user

No games, but I’ve played him? 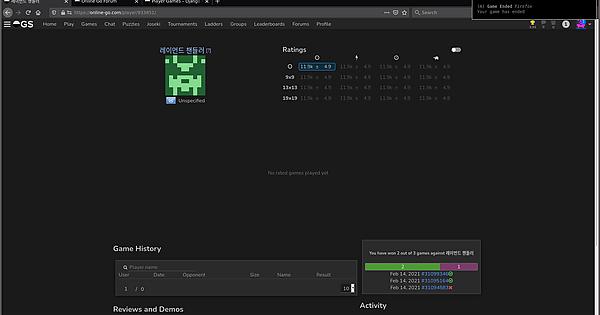 I guess it’s a private game thing? But still confusing.

Yup, they were all private games, so as long as you try to view the games from an alternate (as seems to be the case in your screenshot) account or via the API, these games are not visible. They are only visible for the two players who played them (or anyone that was manually invited later).

As far as I am concerned that is the expected behaviour, but of course feel free to thow in a different idea if you think private games should behave differently.

I don’t think this is an alt account because the “you have won 2 of 3 games with X” would not show if this were a different account.

In that sense, this behavior is unexpected, even if intended.

I just tried this myself BTW. Can confirm private games do not show up in opponents’ Game History.

This the account that played. You can see in the screenshot “You have won 2 out of 3 games against 레이먼드 챈들러”, as @benjito mentioned.