Hey, so there’s this Chinese Ambassador Cup, which is a Russian tournament. The federation for the second year in a row is going after these high-effort commentaries with pretty graphics. In a way trying to mimic some of the Chinese TV commentaries, maybe? But isn’t it a little too much for our underdeveloped go community? I’d think it takes a lot of resources to make it happen, and what, 2-3 thousand views? I mean, maybe Chinese side covers some funding so it’s ok.

Eh, who am I kidding. I just want to remind everyone how cool these broadcasts look. Even though I haven’t watched them because they take too much damn time. 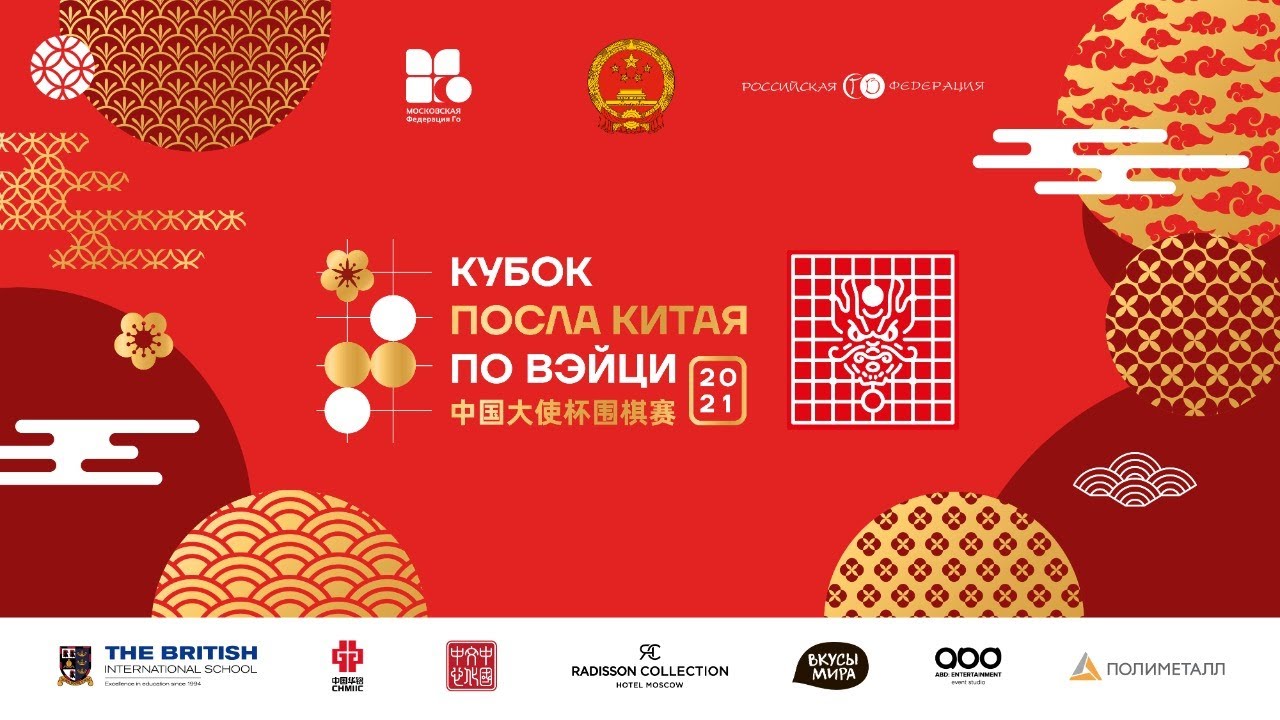 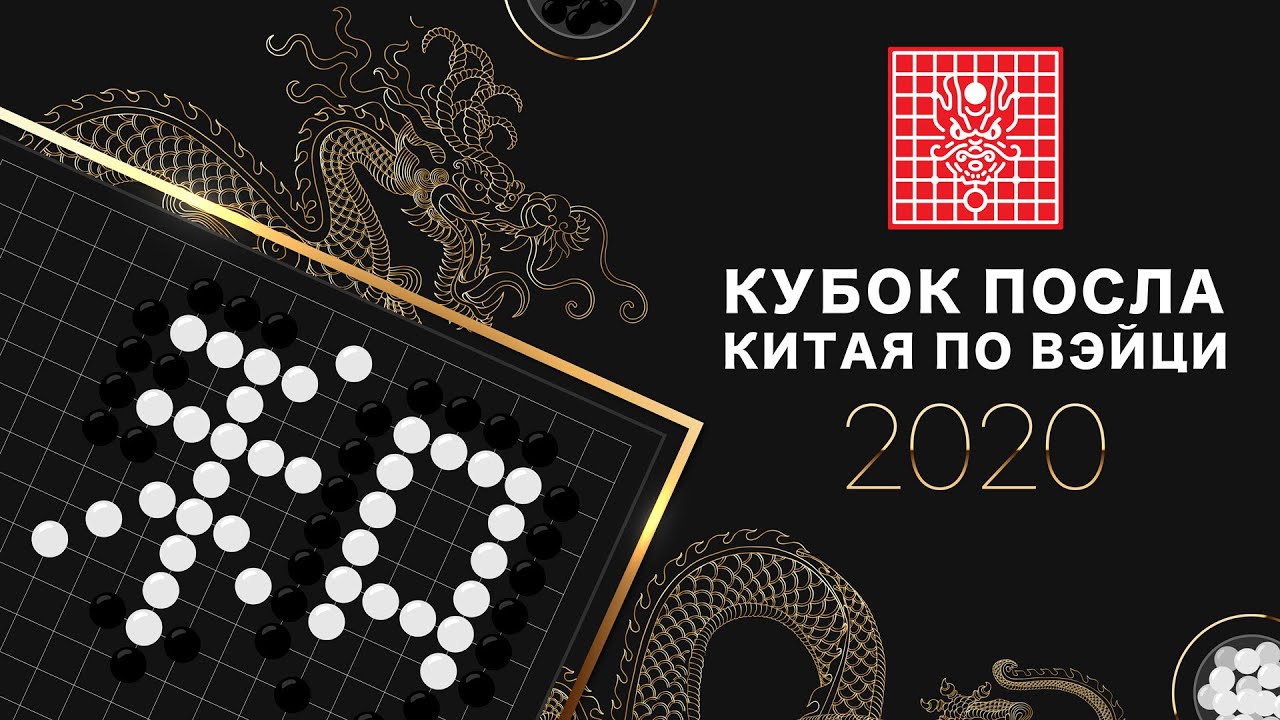 Hey i got the joke, there will never be too much luxury in promoting go to me!

I would rather hate western medias who don’t care about major go events with a lot invested in.
One of the top of the negligence was the first WMSG Beijing 2008.

Ngl I wish some of the funding went into commentary translations. Maybe that’s too much to ask

The way I see it, chess videos/streams quickly rose in popularity when the streamers/commentators stopped taking themselves so seriously (e.g. Finegold, Nakamura) and started sexualizing the content (e.g. Chessbrah, Botez).

If you want to appeal to a wider audience, you have to do just that.

The Go audience is tiny, and only a fraction of it even watches streams. Compare Go (46k) to chess (1.9M follows) ~ 2.4% ~ and then consider that many if not most of the follows for the Go section on Twitch belong to some recurring idiots restreaming TV shows. Or you could look at the concurrent viewer ratio (~0.0022 Go/chess viewers at the time of writing).

Does it pay off to have well-produced Go tournament coverage? Probably not. I think it’s silly to just copy whatever works for other formats designed for different audiences. Doesn’t hurt to check them out, but I doubt production quality is going to make anyone want to watch or play who hasn’t previously been so inclined.

While I do agree, I’d like to offer a slight addendum that while appealing to a wider audience is definitely the way to go, sex appeal is not the only way to go about it (see Chess Network or Penguingm1, basically the only two chess content creators I watch).

What makes you say Jerry doesn’t have sex appeal?

Being straight and male.

Someone can have sex appeal without you personally wanting to have sex with them.
Jerry has a nice voice, is clever and witty, obviously has quick fingers

and AFAIK is also single… as far as chess streamers who aren’t Russian women, I’d say he’s pretty high up the sex appeal list…
For me being straight and male is irrelevant, there is only one person on Earth I would actually have sex with or even want to think about having sex with… that doesn’t mean I can’t objectively analyse a person’s physical, audible, and personality attractiveness.

Okay, more strictly speaking, it is relevant to whether or not I can determine if they have sex appeal. I still think most people watch Chess Network because he makes the game approachable and understandable and entertaining for weak players like me, but maybe I have too high an opinion of humanity.

I think it’s important to draw a distinction between something only having sex appeal, like say, a hot tub stream where the sex appeal is the entirety of the content, and something having sex appeal as one of many characteristics which helps amplify approachability and entertainment.

I think the key is about the type of influencer personality than sex appeal.

Influencers talk with the viewers, not talk to the viewers. And one way to keep them connected and attached is sex appeal, but definitely not the only one.

They are generally very closely linked, but I can think of examples on both sides of people having one and not the other.

I guess you have to ask yourself what your goal is.

Offer a hq ‘broadcasting gem’ for people to look at and point to when it comes to setting a standard? Unfeasible for most stream(er)s. Paraphrasing a very active, long-time Go streamer: “If you think you’re gonna earn money by streaming Go, you’re kidding yourself.”, so the funding ($, time, effort) would have to come from the streamers themselves.

Make more Go players watch streams / top events? But why, when they can just play Go instead until they’ve got time to watch segments of the recording? Unlikely.

Grow the player base? - Assuming that Go itself isn’t the problem, and that there are simply sooo many people who would play if only they knew about the game,… you’ll have to add something that isn’t just more Go.

Until then, each “innovation” that amounts to “more Go” will just compete with other formats for the limited resource that is Go content viewers. Broadly speaking, I’ve seen these categories:
“I’m strong, aren’t I?” - Usually some guy sandbagging at Fox 3d.
“I’m weak, aren’t I?” - Usually some guy getting sandbagged by viewers.
“I’m official and this is an important tournament.” - Usually everyone knows everyone else here.
“I’m a chess player, what is this?” - The only people I’ve seen funnel a few new viewers into our little community.

For me the production quality has never been a big issue with streams, i care lot more about the skill level of the game and whether the commentary feels educational for my own level. So i don’t bother watching if the target audience is beginners and ddk’s, but i also lose interest quickly if pro-level commentary goes over my head xD

Maybe the 1-5k is just hard target audience for streamers, usually the games and commentaries are either way below or way above what i can understand >__>

The most popular english YouTube channel is Nick Sibicky’s. He has about 30k subscribers and his most popular videos get 50k views or more. I think that’s not bad given how small the western English speaking go population is. I don’t watch him anymore but if I remember correctly his lectures are for DDKs and may be of interest for SDKs as well, so his target audience is about 7-15k (correct me if I am wrong).