Bots timing out on OGS

Hi.
I’ve often played bots on KGS in the past, and I also play bots frequently on OGS.
I prefer the bots on OGS, because there is more choice here and it’s easier to get
an SDK bot game.
The downside seems to be that OGS bots are far more prone to time out during a game. I think I have never had this happen in a bot game on KGS and I’ve played many hundreds of bot games there.

On OGS it has happened often and I wonder if something could be done about it.
Maybe owners of bots could figure out at what time their computer tends to be engaged in activities that prevent bots from playing a game without timing out during the game. So they could take the bots offline during such hours. Otherwise it feels kind of frustrating to play a game when the bot suddenly takes much longer to play moves or even stops playing moves altogether and letting the game time out.

Kind regards and thanks in advance for any feedback on this topic, Niek

This is more of a recent problem, I think.

Possibly due to the ongoing dramatic increase in use across OGS - the bot admins must be feeling that too.

At this point, it’s up to the bot admins to control their bots, and it would no doubt be useful to report issue to them. If they don’t hear complaints they not going to know they need to act.

Conceivably OGS could have “Service Level Agreements” with bots, and take them off the active roster if they don’t meet those. This would be a bit investment on the part of OGS right now though, with other more pressing matters at hand.

Thanks.
Judging from the game history of doge_bot_1, it seems yesterday was a bit of an unusual event with many time-out games in a row, where it typically only times out a couple of games and resumes playing normally. 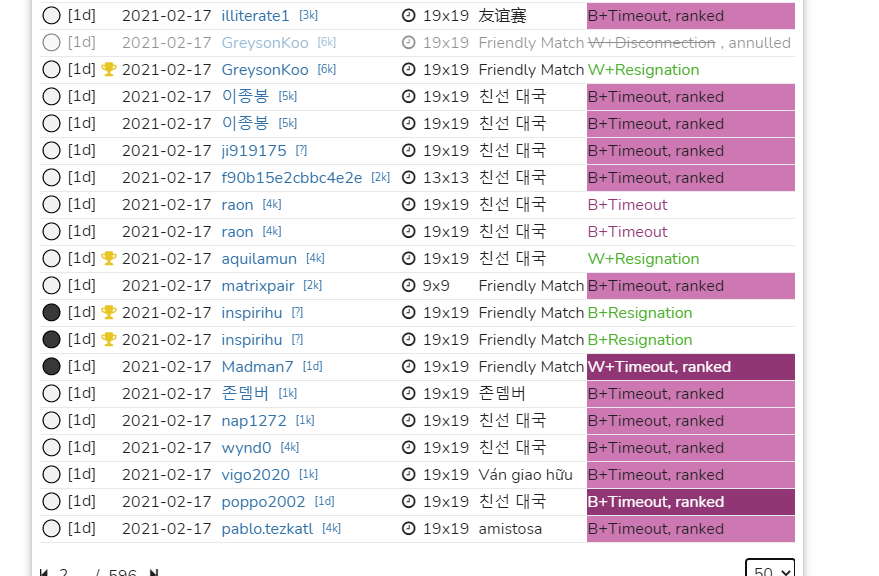 Curiously, another bot (with a different owner), spectral-4k seemed to suffer a similar issue around the same time (since I played both bots consecutively, with bots timing out in both games). 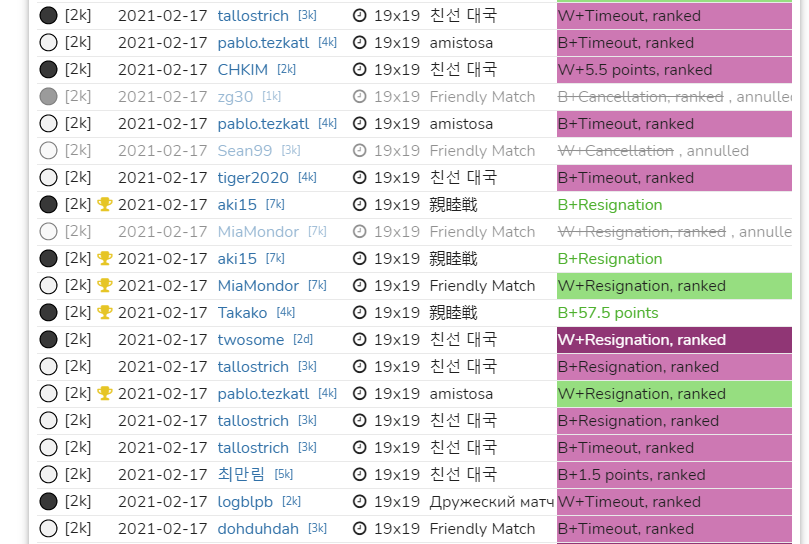