BUG Chrome making board disappear after a while?

When I have an open game that’s quite for a little while, all the lines and pieces on the board disappear. 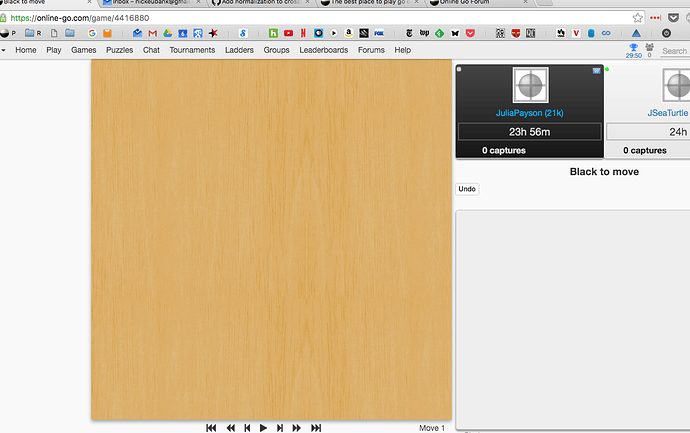 Anyone else having this issue?

Yes, seeing the same issue in Chrome 49 / OS X. The board disappears as soon as I switch to some other non-OGS tab and then switch back.

Yup, same here on Chrome w/ OS X, happens also on the “Home” page with the overview of my games as well as on the “Games” page.

Something of a workaround for the meantime:

On a game page it helps (for a while) to slightly resize the page.

Yeah, I know, but refreshing takes you away from the game for a little longer

We’ve been hearing this a lot with chrome 49. We’re investigating

Coincidentally, I just noticed the shadow “blinking” shortly when I returned to a running game, maybe there is some connection?

<edit>
I think the shadows were gone when I returned, and then they came back hastily, as if they had noticed

This looks like the bug in Chrome that we are running into. We’ll see if there’s a workaround… otherwise we may need to wait for Goog to fix it on their side

Maybe Google was distracted by some other event this past week?

I noticed that as of the beginning of this week, board previews in my Home screen show up blank or all copy the same board position if the page has been open for more than a couple of minutes. Reloading the browser page refreshes them to the current board position, but they go blank (no stones, lines, or numbers on the side of the board) within a few minutes.

@MrSparkle713, I’ve moved your post to this existing thread, OK?

@MrSparkle713 as you can see, it’s a chrome bug… hopefully they’ll fix it up. Refreshing should work but paging back to the tab from elsewhere may cause it to happen.

According to this the issue will be fixed at least in Chrome 50 and possibly a followup 49 release. 50 is about to enter the beta channel:

@trohde Cool, thanks! I didn’t find this one when I searched.

No problem, @MrSparkle713 … I think we’re all happy that the bug has been found and removed

Today I had the same issue…

Today I had the same issue…

The mobile version of chrome has the same issue
That’s a really weird bug. 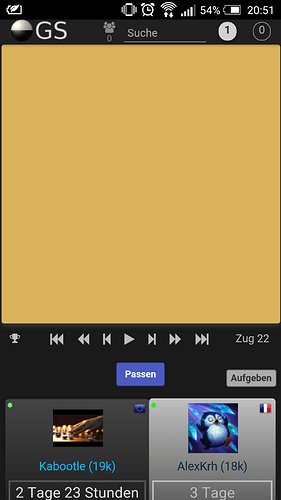 Update: I think I found a solution to that bug, at least on android. I didn’t have the issue on my laptop so I can’t test there. It seems to have to do with 2D hardware acceleration. Here’s how to disable it:

Environments using Chrome's hardware acceleration feature sometimes experience missing shapes and lines in the editor and upon export. This is a known Chromium issue, and a bug report has been file...