I just zoomed a little into my graph and found the following interesting bug. Have a look at the right side of the graph with the ranks. It seems you have to overcome the 7k level twice ; ) 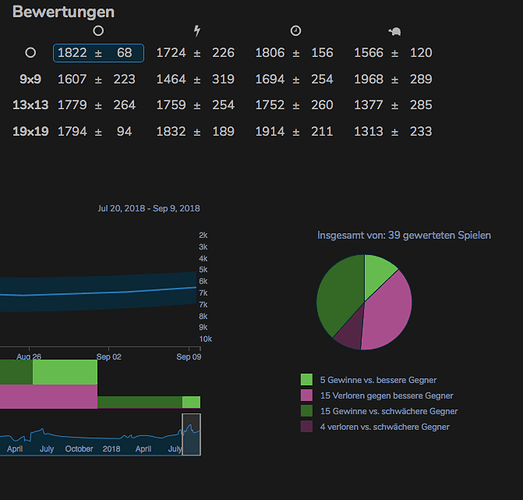 It is also not just a bug on my page. I checked other profils and there was the same bug. 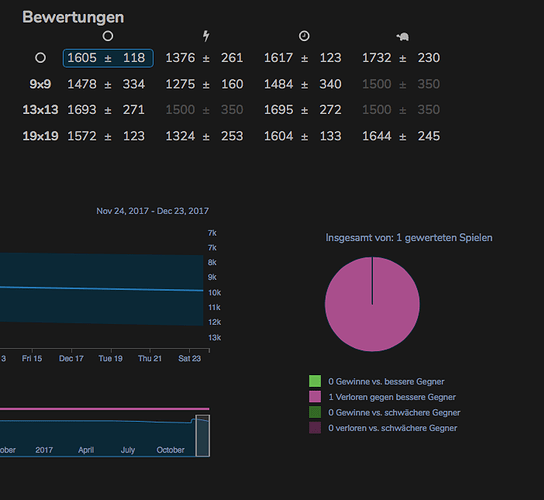 I’d think it’s because there’re always 8 markers on the y axis. So when you zoom in, the difference between two markers becomes smaller than one rank difference.

But in the first picture there are more than 8 markers and still two 7k ranks.

The second 7k is where we separate the wheat from the chaff.

Also, every ‘next’ rank requires more rating points than the previous, because the rank scale is a projection of an exponential function. Post 87 in the OGS rating algorithm thread gives an overview. You can calculate the diffs from those values to convince yourself.

Another weird thing is that the axis seems to flip upside down if you zoom in on a region without any games:

Okay I see how it works. Still I think the most important part for most Go players is their ranking expressed in kyu/dan and not rating points. So it is a bit weird even though this is the way Glicko works.

It was amusing nonetheless. More edge cases like this and we can start an edge fund.