Bug: Opponent is self

Sometimes when you look at a profile of a person and their list of active games, their opponent’s name is their own name instead of the actual opponent.

Do you have an example I could look at?

Ranked games: No handicap, 10 periods max. All games: Minimum period or increment 10 seconds (for Canadian this means time per stone >= 10 seconds). 19x19 only. 15k or higher. No pauses allowed at the moment, because pondering (thinking during... 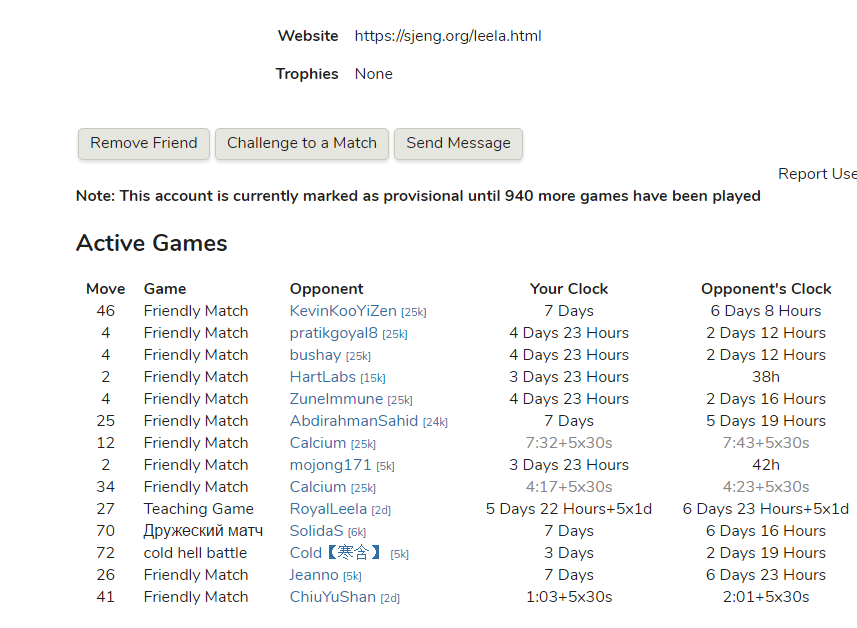 Look at the opponent for “teaching game” move 27.

Instead of showing the opponent, the list shows whoever is playing black.