hate to be the nagger once again :), but there is something wrong with the scoring and the display of scores. I looked at a game (from someone else, see screenshot).

The game was scored W+1.5. But when I switch to the end of the game, it says “W+1.5”, but the B and W scores are totally wrong. And when I hit “estimate score” in the same final position, the score is B+1.5. Not sure if this affects only finished games from the archive, or live games as well, but it does look wrong. 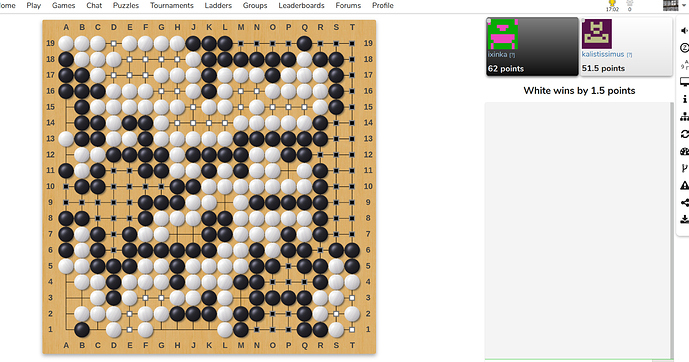 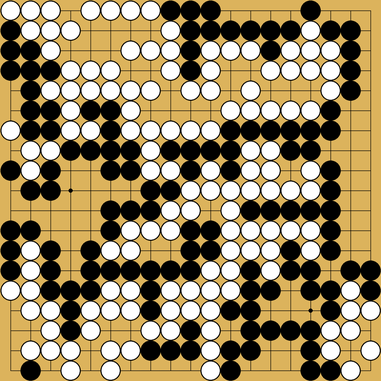 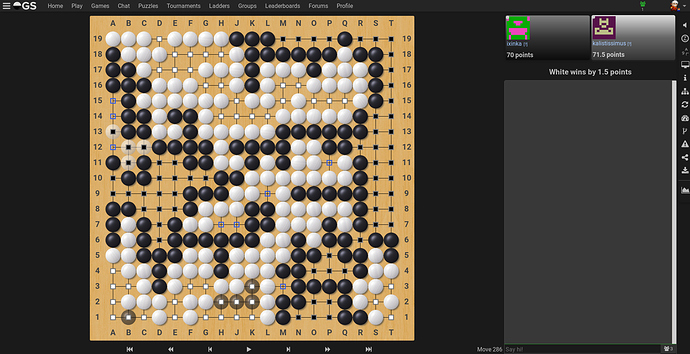 A12, A14 and A15 are marked as Dame despite being blacks territory.

But when I switch to the end of the game

How? Especially what have I to do to reproduce your first screenshot?

Edit: To reproduce the first screenshot, one has to use the SE and then exit SE.

but the B and W scores are totally wrong.

The scores for B and W aren’t wrong

@flovo: First screenshot: yes, they are all alive, don’t know why. I simply opened that game. But what I meant was: the score display is B:62 W:51.5, and then the result “White wins by 1.5pts”. That is just wrong

Similar on second pic: B+7 and W+23.5 does not equal “Black by 1.5”. These numbers just don’t make any sense, and they do not reflect the board. EDIT: ok, you said it, the numbers only incl. prisoners and komi. But that doesn’t make sense either

Issue: Wrong display of final board stated after using some features of the game view

@flovo: awesome response time, every time. even at midnight