it’s easy to agree that playing from a comfort of your own home naked on a sofa is pretty convenient.

I don’t play online tournaments naked on my sofa, but sometimes I get up, make stretching moves, or click on the internet (not on go-related websites) while waiting for my opponent’s move. Good thing that a video is not required at my level.

Anyway I hope that a few online tournaments will continue to be organized, something like a post-Corona cup for instance.

A little off topic, but just want to throw it out there: one doesn’t need a local association to host an IRL tournament! Here in the small state of Ohio, there are like 3 or 4 annual tournaments and it seems like it just takes one person to step up and organize!

Minimum number of players for a tournament? Four? Eight? I guess all you need is players, equipment and somewhere to play. So set one up and players gonna play! 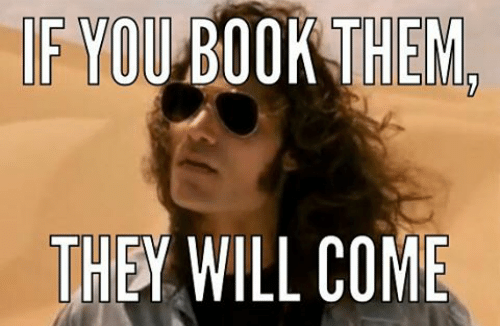 among the people who would like to participate in IRL tournaments, the ones that can actually travel regularly and often specifically to those places and specifically for Go tournaments are not the majority.

This is right of course, although it also highly depends on location. I could play in about one IRL tournament a month by only traveling about 2 hours from where I live, which is plenty for me. If you are going to spend the day playing Go, adding a couple of hours at each end to travel is not a big deal.

I feel hybrid tourneys would be great in future. I’d travel to a venue even if it meant that I was playing Go on my own laptop. Catching up with others and having the dedicated time for Go would still be good. And I assume that as there could be monitoring of games in progress at the venue then not having to set up anti cheating measures would be a big advantage as far as I’m concerned!
Further benefits in the form of well matched games due to an larger player pool and having your serious tourney games recorded for you would also be great.

There might be questions about fees - should virtual attendees pay the same to cover venue costs or less since they are not there? How much is reasonable anyway.

Also would you have real boards for matches between people who were both at the venue? That would be good right but then should the draw favour such pairings? Lots of tricky questions!

Well, once this pandemic is over, hopefully too much travel would not be necessary to attend IRL tournaments.

Are there not many tournaments organized where you are? Maybe the Greek Igo Association (I’m assuming that’s the correct name) needs to do a better job organizing more local tournaments to meet the need, as well as fostering more interest to increase participation.

I don’t think there are any, I didn’t follow the thing pre-covid, and what I saw are basically get-togethers, not tournaments. We don’t have a formal association.

There are a couple of women in EGD from Greece, with decent ranks, there are probably more out there

I’ve seen way smaller countries than us with official associations, I believe the fact that we don’t have one is a very local brand of problem…

From what I can find, the Greek go community is quite small and Greece is not a full member of the EGF. There is a Facebook page, but the last post there is 3 years old.
There is a club in Athens with a dozen players, a club in Thessaloniki with half a dozen players, some places with 1 or 2 players and that’s it.
Only in recent years there have been some Greek tournaments with about a dozen participants, but those were all online (mostly on OGS) and the last tournament was 2 years ago.

He that’s not nothing! With a bit of fancy organization (nice place, good food, cheap way to stay for the poor, suite for families, all supra cheap…) You maybe even get more players as what you could expect, and still a bit of benefits to revive some club activities later.

There are countries with players around Italia Turkia, and at north (sorry I’m bit bad at geography sometimes)
And Greece has surely a bit of potential as being touristic in the eyes of many Europeans.

Well if I was not so far away we could include a special ogs regulars category inside a main tournament on which I would join. Just thinking of the delicious food Gia would cook for us.

Just for accuracy, we had a Greek tournament on OGS last Summer (it’s in the group announcements, we had fun).

In any case, yes the problem is obviously to find other people to play even unofficially, for the fun of the game, but my basic issue was access to official events.

I’m not talking about this with only me in mind; parents like to enroll their kids in stuff that offers some type of recognition (and it makes sense, there’s youth tournaments for everything). I don’t know if we are any good in chess internationally as a country (because I was never interested in chess), but I know many parents who consider chess the “go-to” for their kids, as an alternative, competitive hobby. There’s lots of ways to get a tournament here, and even I, with exactly zero interest in that game, have always heard about them.
Even with sports, there was an incredible rise in participation after the Olympics, not only because of the glamour, but because the infrastructure was there. It’s easier to take up competitive swimming if there’s actual access to a pool.
I can’t imagine the same parents even considering introducing their kids to Go, if the only way they can be exposed to a tournament is an international flight.

Surely we all understand how the sudden boom will be ephemeral and the community will shrink back to just the ones already in the know and the occasional walk-in (like me), if everything returns back to “IRL only”.

Is it the best alternative? Probably not, I would love a Summer Go vacation in a 5* hotel every August, for a 3-day tournament. Probably most people here (which is not the same with most people in general) can make a car trip once in a while to change their air and have some fun.

But, if we want to tap into the undiscovered potential of the general population, online tournaments that mean something to people who want to be serious about Go should stay as a choice.

PS. If y’all decide to come to Greece and we aren’t in quarantine, I will happily organize a get-together.

No EGF marks tho.