Hi! So I wished to play a relaxing game with a friend and set no time limit in correspondence game. Just received a message that I have won by timeout, I guess it’s been a month since last move. No to problem to fork it and go further but generally, should it have happened? What is the no-time-limit option for if it is not working?

There’s an overarching time limit that’s been discussed in other threads. It’s to keep the server from getting cluttered up with actually abandoned games.

(And I’d prefer to call it a “Dead Person’s Switch”, of course

I can’t say that doesn’t make sense with the server cluttering, but it’s kind of retarded to have this option while it doesn’t do what it says (especially when we have Fisher up to 28 days). Problem with No Time Limit is that it doesn’t show when it’s going to kill itself, you just get informed afterwards.

I say we:
a) Calculate server space and let people play the games longer than a month, like for a year before timeouting (and informing about this deadline, like one side clock with a date of self killing on active player side, or any other solution)
b) Remove No Time Limit option cos we can’t deliver what we offer.

If you use “no time limit” and use weekend pauses, that dead man switch is removed.

While it still hurts my lonely heart that such underdescribed option is to be used - thank you _KoBa for the tip!

I agree with what DrKyuzo wrote above (all 3 of his posts)… Including thanks to KoBa for the work-around.

Oh, well this is kind of a Premium Zombie Thread!

But maybe it explains something that happened to a couple of friends of mine: a game with simple timing, one week per move, pause on weekends… that never gets to timeout.
Is it possible that WE-pause breaks whatever time limit exceeding one week?

In this game it’s blak’s turn, but black didn’t play a move in a long time. Though it doesn’t ends by timeout.
We didn’t call for a moderator before because it isn’t a big issue for the players, but indeed it looks like a bug. 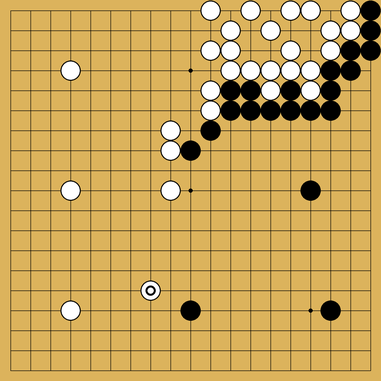 It’s really quite poetic to see an old thread about no time limit games being revived.

I was not aware of this thread until it happened to me (I timed out while on a work-trip to Chicago in a game which had no time limit) but I decided to look for this issue before I started a new thread / bug-report… better to keep the reports together to help get a sense of how many people have the same problem.