Hi, I noticed that when in game the country flag of the players is always set on unspecified regardless of what appear on their profile. Is it a bug?

Did one of you break something in one of the recent breakouts?

Made a GitHub Issue for this new bug.

Very likely the player card pr, looking into it now.

EDIT: Okay yep it was that. A couple of fixes proposed, I’ll update again once it’s resolved.

Looks like this was an existing bug- but we didn’t see it because flags were not being rendered for most games!

in rengo flags should be hided too

I dislike how that green dot of online hides part of avatar, especially on small screen. With also flag, very little part of avatar left.

Are you on mobile? One option would be to hide flags (and maybe dot) on mobile devices only…

My screenshot above was on mobile. I think the dot is totally reasonable. And the flag would be fine too if it wasn’t errored almost into the centre of the profile picture. I am personally in favour of keeping the flag, but it’s not a hill I will die on haha

Anybody who wants to bring a flag to their games is always free to paste it into their avatar. If it goes this way I’d at least want a “no flag” flag option.

there is quite a bit of space between the avatar and the timer, perhaps the flag can go there rather than over the avatar?

OGS has always had flags for users, both real and fictional. On their profile page, game page, chat pages, and player menu card.
Why should it suddenly be a problem now?

For instance, you selected “Norfolk Island” which is displayed in all the above listed locations next to your name. 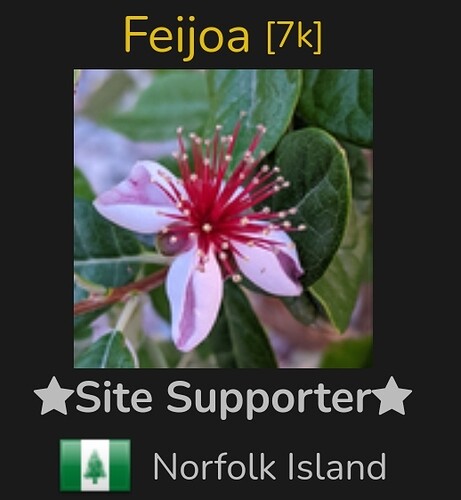 What about the fact that right now (I’m talking about the computer interface, not mobile) the in game flag displayed is always “unspecified” rather than the one set in the profile?
I don’t mind removing the flag altogether, but puting “unspecified” for everybody is a bit strange as it takes space and gives not info.

in game flag displayed is always “unspecified” rather than the one set in the profile?

Benjito addressed your initial complaint above. Waiting for the fixes to be implemented by anoek.

Very likely the player card pr, looking into it now.

EDIT: Okay yep it was that. A couple of fixes proposed, I’ll update again once it’s resolved.

Oh sorry, I didn’t realize it was about this issue. Thanks to you and @benjito