I’d like to know if I’m the snowflake here or if this is as obvious as I think it should be.

Is laughing at the opponent acceptable?

Any reference to real life events is purely coincidental, of course. coughs

Is this considered acceptable behaviour? If not, is it just rude or is it an actually reportable offense on OGS?

Asking for a friend.

It depends a lot on how much the moderator handling the report considers what is written there to be offensive. The player could receive a warning for chat abuse or nothing at all.

Several interpretations of this are possible

By using our service you agree not to:
…

I imagined that would be the case.

So suppose, hypothetically, that I find out there’s a player who’s been lol’ing at their opponents repeatedly.

Should I, a mere OGS denizen, bring this to the attention of a moderator?

Should I, a mere OGS denizen, bring this to the attention of a moderator?

Writing “lol that move” is acceptable if it is obvious that the opponent has made a funny move on purpose, like this for instance. 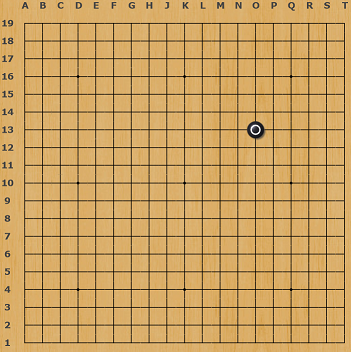 One day everyone will understand the power of o13!

When I used to play live/blitz 19x19 games a lot of users cancelled the game after seeing that move.

Is laughing at the opponent acceptable?

Or risk a ban because your opponent reports you.

This seems excessive. I don’t think any of us would ban (and not even chat-ban) a never warned user for saying “lol” once. But if the other player feels offended we should try to respect that as we can.

This depends on the context

It is all about context.

I dunno why showing your emotions would be a reason to moderation afterall. That’s not something i met that much online anyway but thinking on it, it would be just something unusual for me.

Would you accept something like “I hate Russians” said to a Russian player?

That’s not what i call emotions.
What i meaned was more pure, primitive like a laugh a bad face a annoyed face etc… nothing directed to anyone.

That’s not what i call emotions.

Sorry. I thought “hate” could be a genuine emotion, but that in that case it wouldn’t be appropriate to express it IMHO.

Some people say very bad things when they are frustrated.

Yes and i would moderate consequences of an emotion in itself of course which are not acceptable.
But the emotion itself i dunno. Can be natural, and an effort to make communication more rich and lively.

I agree and I think talking about how you feel is important, but you have to try to find the right times and ways. It is not always easy.
But if a player is repeatedly abusive with another player we have to do something to protect the other users from that (=feeling harassed, offended or whatever)

Recently a player who had already been warned, chat-banned and appealed came to apologise tbecause he had lashed out with very bad words at another player (who had not reported him). I was sorry, but it wouldn’t have been fair to pretend nothing had happened.

I understand that yes. Bad words need moderation in the respect of the offended.

I’m just asking myself how i would consider smileys all along. Simple smileys, no offence.
It’s how emotions are transmited on internet basically.

One day everyone will understand the power of o13!

I may have put “lol” in chat during our last opening. And you definitely showed me the error of my ways!

Subtle ways of mocking your opponent are preferable, one trick is to feign helpfulness.

Though I do keep this one on a speed dial.