Just share events you do around go, like initiations or other original ideas to show what can be done for the dissemination of go.

You can post pictures, describe your event etc. It could help others to organise the same kind of things in their area =)

I’ll begin with a conference of Rémi Coulom (Crazystone developer) which will be hold in a school of computing (ENSIMAG - Grenoble INP) in Grenoble this thursday.

(Information, in french, can be found here : http://grenoble.jeudego.org/jeudi-8-octobre-conferences-jeu-de-go-et-ia-par-remi-coulom/)

(No pictures as it didn’t happen yet)

it’s not really a “go event” but I always bring my go peripherals when I go to an anime convention, and I’m going to anime USA in DC this month. if anyone else is going, I’d be happy to play some games of go in person. it’d be the first time I’ve done so in years. XD

Maybe, if I can convince Kuroneko-sensei or some of the other kitties to attend, we can fit some games in between our general mischief-making.

if I do manage to find players or do anything go related, I’ll take and share pics here, though!

Article (in french) about Remi Coulom conferences and games which happened in Grenoble few days ago : http://grenoble.jeudego.org/crazy-conference-et-crazy-games/

We learned a lot during conferences then a game between In Seong and Crazystone took place (in my appartment actually xp)
They played on KGS and we retransmitted it in OGS : https://online-go.com/review/81908 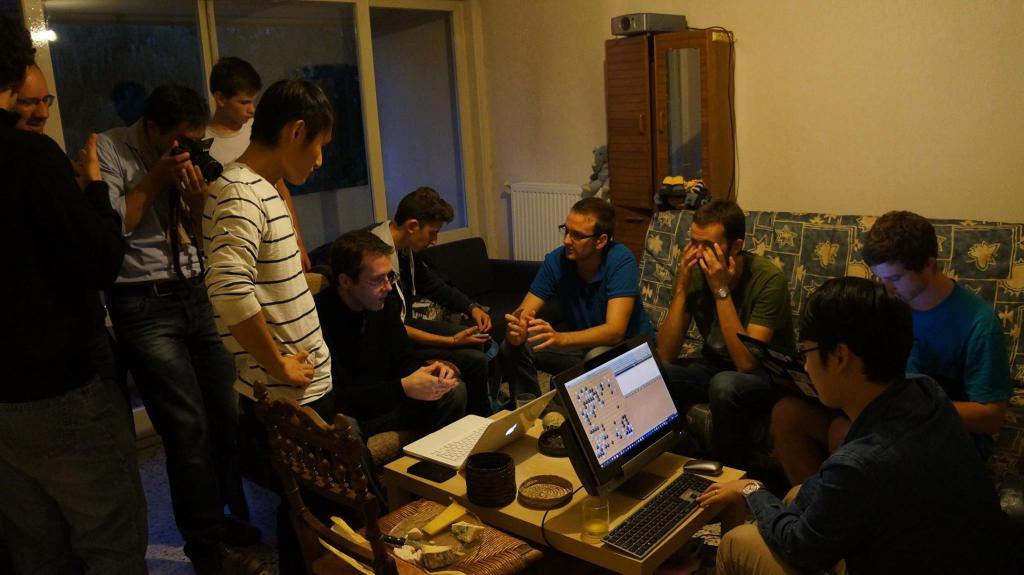 Shicho group is a group dedicated to the renewal of Go in Japan. In February 2015 five young people of the group played against five members of the “West League” of France. With the help of Kevin Cuello, who organized the event in February, the Shicho group asked for another exchange.This time ten people from the group will play ten young members of the Grenoble Go Club, which is putting more and more effort into developing Go among kids and teenagers. http://grenoble.jeudego.org/tournois/rencontre-ogs-shisho-grenoble/ (in french)

Result : 6-4 in favour of Grenoble - you can find games on the Grenoble website 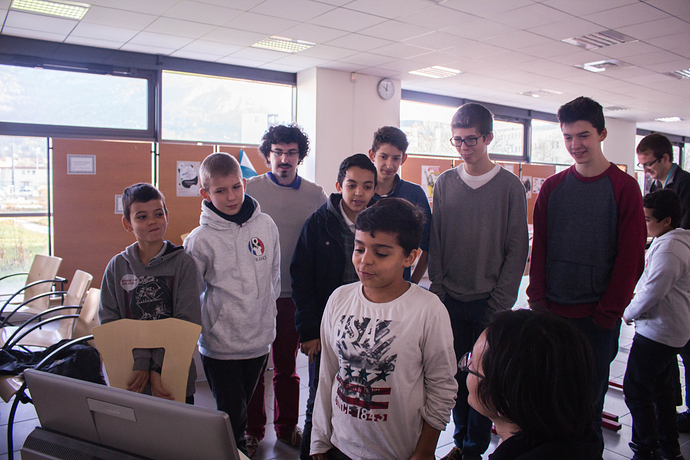 The afternoon, we organised also a 13*13 local tournament. People didn’t have to suscribe to the club to participate. It was the third edition of so-called “Intergenerago” and there were 16 teams with kids / old people / students / people in rehabilitation, and also a korean team ! 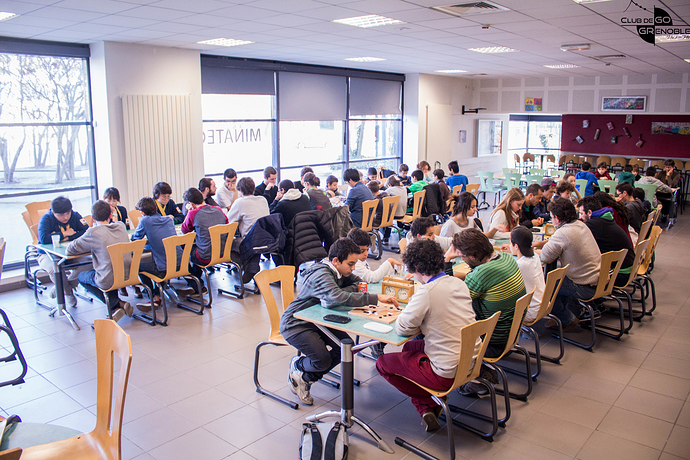 Not really an event but we were informed yesterday that Hayashi Master (6p) was coming at Grenoble for he organize a trip for his students for being at “Ze tournoi”, the tournament of Grenoble (30 april and 1st may of 2016).

Then he came to see the kids’ Go school and played simultaneous games and comment it ! Moreover japanese form shisho group sent us little gifts for the encounter we made the 15th of november (see above)
It was Japanese time at Grenoble >> Arigatô gozaimasu ! 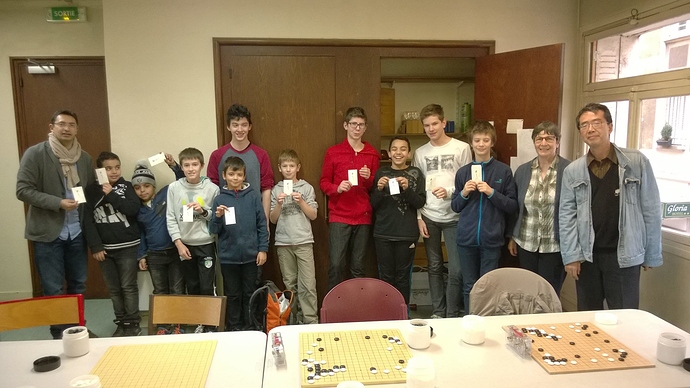 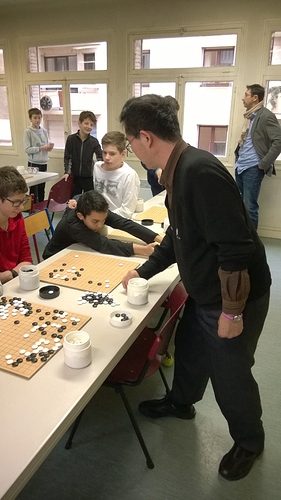