Feature request: English numbers on both axes of the board

The technology is there, because when you go to A1 you get English numbers on the sides and letters on the bottom.

Ancient Asians followed the computer standard of top-left being the origin. You can read about it in places e.g. here but looks complicated.

Ever since then the origin is top-left. 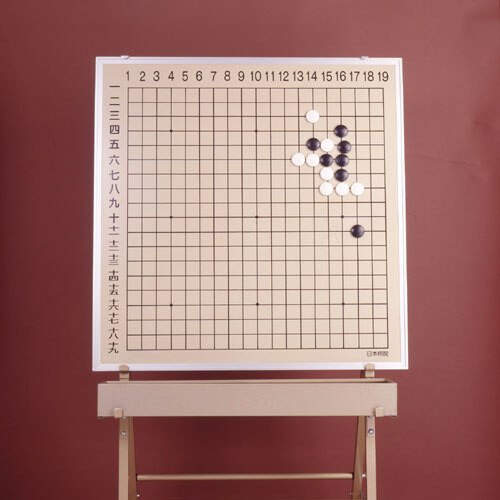 As an amateur programmer I also struggle with this. Higher education in math has programed my brain to think that (0,0) is bottom left.

I guess I will have to adapt to (1,1) being the origin for Go, but I’d still like it in English if that is at all possible.

At the moment, even the two we have don’t sync well. The system could do with an overhaul so that no matter what setting you have, the position links in game chat match that.

I envision (though have no intention of implementing) the ability to choose any of asian numerals, arabic numerals, latin alphabet (maybe others too) for x-axis and or y-axis. These then sync with the server and all position mentions in game chat display in the user’s chosen system. You could even choose your own origin point(s?) since in essence they’re just stylistic representations of the server’s points.

There are several numeral systems.

And this just a selection. Suspect there are a lot more.
Will all of these be implemented?

I understand that Chinese - Arabic comes from go tradition but on a western device it’s unusable for the vast majority of users.

Latin - Arabic does the job for almost everybody.

There are thousands of users on OGS. Most of them don’t even chat. But all of them struggle with an interface that’s already excessively customizable with too many layers of options.

Do we really need a fully customizable coordinate system?
One user wants radial coordinates starting from tengen, another one who chose “pirate” as nation would use bones and skulls, someone from Star trek would like to use klingon and some druids fan desperately looks for runes while a math geek dreams of fibonacci or golden series…
Anything else?

I started this post with a feeling of tiredness and frustration, but now that I put that down in words, well… what a colourful world would that be!

Ok, I stop ranting now.
My first choice when that interface will be available will be hearts

That would be ideal.

I guess for now i will keep my paper strip over the screen until something like this gets implemented.

keep my paper strip over the screen until something like this gets implemented.

You can find in the forum instructions for customising the board background.
Maybe a custom board with custom numbers could replace that paper strip.

You were probably joking, but I think I would actually use it!

I am also comfortable with the current system, however, I don’t think adding other ways to identify coordinates is an absurd demand