Game from the trailer

This game was shown in Korean trailer I wonder if it’s a famous game. And points to whoever can make up a plausible order of moves to get this position. 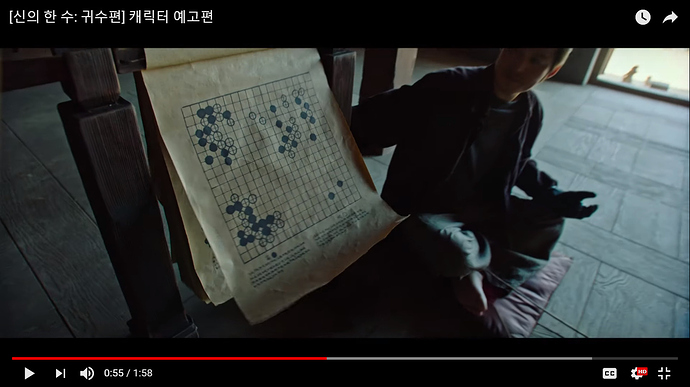 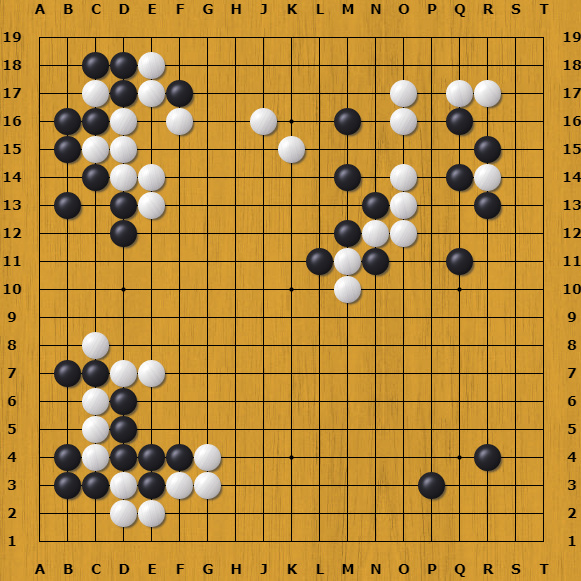 The atari of R14 seems like a significant puzzle. Why would black end up doing that…

The atari of R14 seems like a significant puzzle. Why would black end up doing that…

Huh! Leela agrees that IF white kiema approached and got high pincered AND then white double approached in response, AND then attached in under hoshi THEN R13 atari is the right move after the kick and extend.

But she thinks that the moves leading up to the atari are bad, at least with an open board with 4-4s played.

I found it interesting though, because I couldnt (and possibly still can’t) see why the atari is important in that position

this is the best recreation I can come up with.
My biggest issue was how the hell b got so much sente to get all that done.

Really nice work. Following your game it all seems obvious!

(I had a shot, and did not succeed nearly so well)

Thanks, I’m still skeptical of the timing of M16 and D17, but it’s hard to find better ones…

Just for the fun of it, I tried to find a “better timing” for those. It’s a variation on yours: does it have legs?

At least it has black tackling corners first, as more of an excuse for the timing

well, the thing about playing M16 that early (you played it too low) is that I’d be certain to attach under (at M17) once he played that instead of the kosumi.