Game not displaying on pie chart or rating graph

When I view my own profile, my ranked game on the 19th of December against 7414 doesn’t display on the line graph or the pie chart. I’m not certain if it had any effect on my rating. When I contacted a moderator, he could see the same game, but it was dated on the 20th and displayed on the graph and pie chart as such. I tried clearing my browser cache and viewing it from a different computer while not logged in and had the same results. It seems like the game isn’t counting towards my rating but I’m not sure.

Same here - I also have games from February not showing up - did the problem get fixed for you?

It looks normal to me.
3 games on the 19th of Dec (1 win, 2 losses), it matches with the graphs.
Has it been fixed in the meantime? 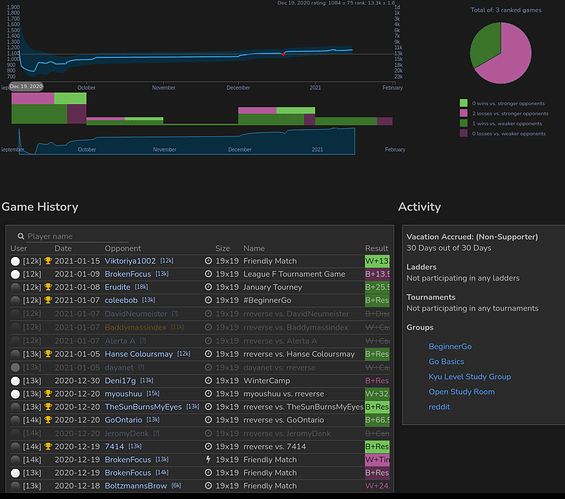 Can you post an example of what you’re seeing @Mister_Hyperion?

It specifically says I did not play 9x9 in February, but I see games in Feb (they were ranked I checked…)

@Mister_Hyperion, when I click+drag to select the month of February on your rating graph, two ranked games do properly show up 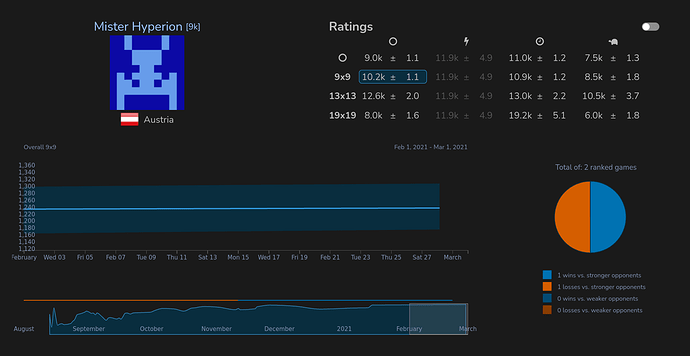 Hovering the moues cursor over the Feb 28 point on the graph also seems to reveal two games: 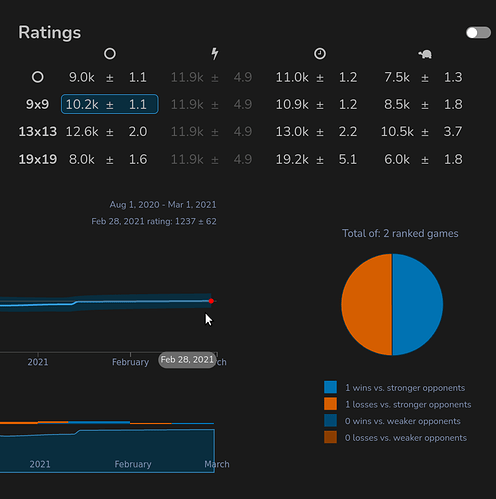 However, hovering over a different part of the rating graph does not work properly for some reason: 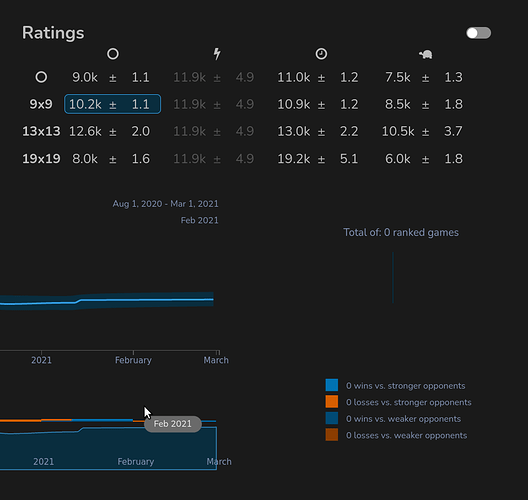 So, I believe those two 9x9 games in February were counted for your rating (although they may have cancelled each other out resulting in only a very tiny ratings adjustment), but there may be a bug in how the rating graph is behaving, when hovering over one particular part of it.