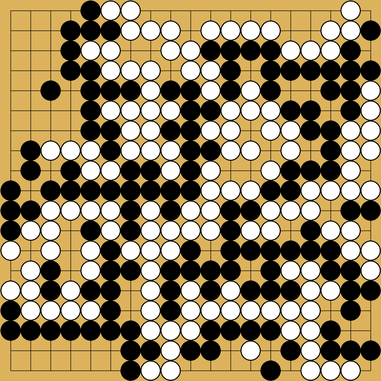 My move #73 was not only small, but foolish because I failed to protect another group that died. I managed to catch up and make the game close, but I’m sure I made many other mistakes along the way. Would appreciate a game review if anyone stronger than me has time.

I hope it’s not too presumptuous of me to review your game while we are playing one ourselves, but you’ll forgive me, I’m sure.

You were winning all throughout the opening and early middle game. But black made a fundamental mistake in deciding not to attack (to defend, in fact!) when white had at least three weak groups on the board. The balance of power was in your favor, so attack attack attack! 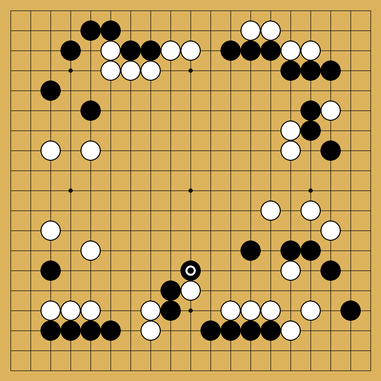 Thanks Mark! Not presumptuous at all. Very helpful.