Getting destroyed by low ranked players

I see a lot of low ranked players (~20k-15k) which have a huge amount of « victories against a stronger player » and when I play against them they play really fast and destroy me, I can’t do anything. I believe some of them underestimate their real rank, they play like far better players. What is that thing ?

These are possibly examples of sandbagging, where a player purposely loses games to depress their ranking and get easy matches. If you feel strongly that your opponent is stronger than their displayed rank, you can report it to moderators who will make a judgement based on the player’s game history.

It’s important to note that a player’s performance is a random variable whose variance is different for different people. It can be hard to tell the difference between a player having a bad day and a player purposely losing. I would assume first that your opponent is simply in the process of improving or is playing a particularly strong game today.

Don’t get discouraged. I looked at a recent game you lost. You were playing way solid and leading most of the time. The game turned when you made a simple mistake to ignore your opponent’s insignificant capture of your stone. If you tenuki’d to kill the important ones of your opponent instead, you would’ve enlarged your lead. Really a common mistake at your rank not to look beyond opponent’s current move, not a big deal at all. After that, you tried to escape unimportant stones of yours. If your opponent played very fast to capture those stones, it might not be he/she had read the whole thing out. It’s really only moves if he/she had made up the mind. It’s good tactic if mind is already made to play fast. It projects confidence to the opponent.

Then again, it’s quite often we get beaten by “weaker” opponents. We all suffer from that and hate it, but it is part of the game.

Keep playing and enjoy the game.

Thank you very much for the advice, I still have a lot to learn about Go, and you’re helping me a lot !

These are possibly examples of sandbagging, where a player purposely loses games to depress their ranking and get easy matches. If you feel strongly that your opponent is stronger than their displayed rank, you can report it to moderators who will make a judgement based on the player’s game history.

I’m not sure about that but I played vs a player with a weird game history. Big winning streak, then losing streak (almost always by time / disconnection). I don’t know if this is sandbagging. Maybe it’s not. 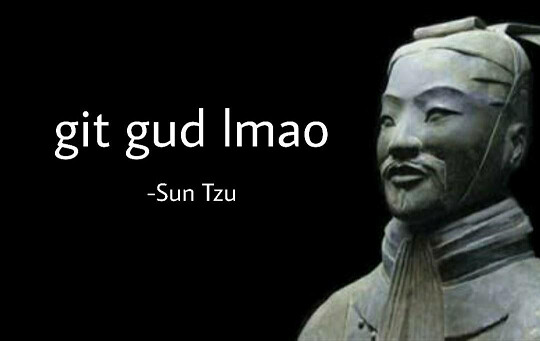 I don’t know if this is sandbagging. Maybe it’s not.

If in doubt, report it. Mods are experienced in this area so they can spot a sandbagger from a newbie from a losing streak, etc. Plus, they get all the reports. So if the same offenders keep coming up that’s an indication of something dodgy.

That scenario, one can’t beat another with same rank, occurs in top pros as well.

I encountered one on OGS. Very painful. I just don’t play him/her anymore.

sandbagging, where a player purposely loses games to depress their ranking and get easy matches.

As I have mentioned many times before, rank manipulation like that is actually a trivial form of sandbagging. The large, large majority of sandbagging takes the form of alt sandbagging, where players create an alt account, play it until it rises to within a couple stones of their real rank, then abandon it and create a new account, ad infinitum.

Just don’t play unranked players. They almost all seem to be sandbaggers to me.