Intermittent issue: sometimes a profile will display the game history with a horizontal scroll bar (I have been unable to force this error reliably) 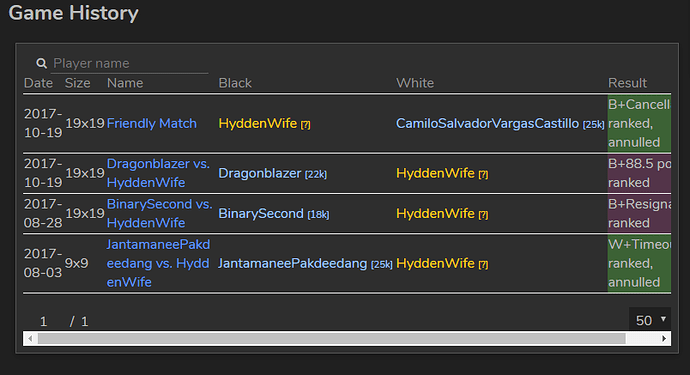 Its because username is so long, here showing camilos whole name stretches the game history.
Same thing occurs in another places too with long usernames. 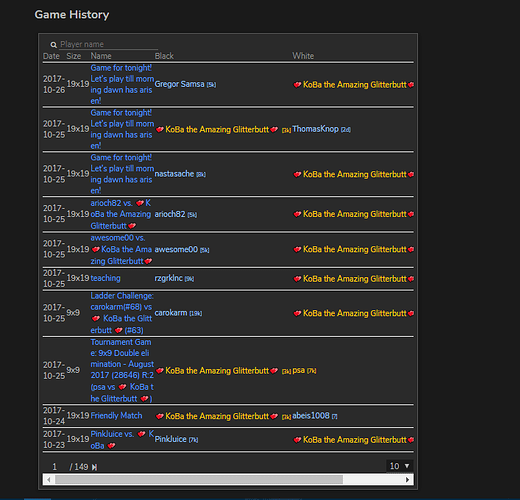 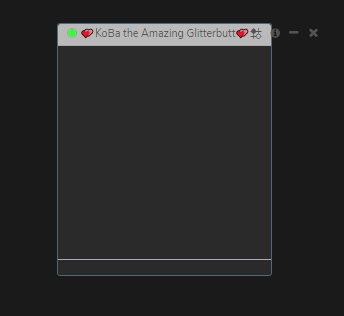 I feel like at times I have seen longer names that render without the scroll bar but I will have to have a look around to prove this.

Hmm this does seem to be the culprit.

I wonder, since the names are links anyway, would it be possible to partially display the name (say, only the first n chars) to maintain the whole grid w/o a scroll bar?

Note that there is a related issue about the fact that these long names cause the rank to disappear.

So if we limited name display to enough characters and display the rank as well, that’d be a win win.

Or we could just limit the length of names

there is a related issue

Links or it didn’t happen

Guess which name appears in the example screenshot

Oi oi, don’t blame glitterbutts for having such an amazing usernames!!

Game name and both player names clip to a maximum width but even still there is a scroll bar. This in conjuction with the 4 inches of black I have on either side makes the site feel poorly CSS’d 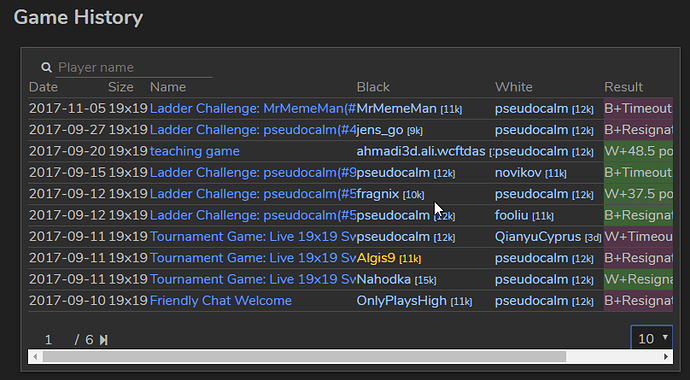