Having trouble with nerves

I seem to have difficultly staying calm while playing, the game starts getting into middle game and I start tensing up and having to take a break. The closer the game the more worked up I get making it difficult enjoying live games. Is there any tips to stay calm the whole game?

I assume this goes only for online games?

This was the reason for me to switch to correspondence for some time (which meanwhile is almost three years, I think).

Real Life games are quite different for me but there sometimes I have extreme attacks of depression when I realise that I’ve totally misread things … only thing that helps me then is to resign the game ASAP, this immediately releases me from the pain. Also, there is the benefit that after two such games I begin with one more handicap stone or play against fewer HC stones next times

Anyway, I don’t really have any tips for you but just wanted to let you know that you are not alone

There even is a word for it: Online Go Anxiety (OGA) (link to Sensei’s Library).

Also, have you thought about some soft, natural, herbal medication? Hop or hemp or something may help (though that will not necessarily improve your playing

but just the same will not necessarily make you weaker); heck, maybe that’s the reason they drink so much tea in the east … also, having to visit the toilet also enables them to take a break in between

What else can I say … just don’t worry

(but I know well enough that appellations don’t work

Last comment: For me personally, it is good to know that not all other Go players are invulnerable people with super powers but instead just “normal folks” with depressions, disorders, anxieties, etc., and a beating heart.

postscript: burning some incense, and/ or relaxing/meditative/ambient music may also help

Close games are the greatest thrill you can get.

So when you ask how to enjoy live games; I’ll say it’s during those periods of tension when no clear winner is in sight, that we derive pleasure from.

Here is a game I played:

I lost by over 100 points and yet I still hold it as the best game I played so far. Why? Because we were neck and neck until the 11th hour.

At its core, Go is a battle of wits. winning is simply a nice bonus to having a great match.

I understand and i agree but its a different kind of tension. I know the joy of a tense close match the rush and knowing anyone can win but this tension is kind of unhealthy feeling

The music idea sounds great and so does the tea, I don’t know if its just online I’ve never had a real game outside of online. Also trust me I understand the depression thing I’ve sat at the screen for hours wondering how on earth i missed that move.

5 mg of diazepam works wonders. Your mind will be clear and you will have no nerves.

That said, don’t do drugs and just say no.

second trodhe’s recommendation to try taking up correspondence. it takes a little
practice to be able to look at the board at defer taking a move, but its worth it.

and while its still depressing watching your position totally crumble, in slow motion
its more of a real sense of resignation rather than being frustrating. and when you
look at a fight, its generally with fresh eyes.

You may also want to try these beautiful sound generators 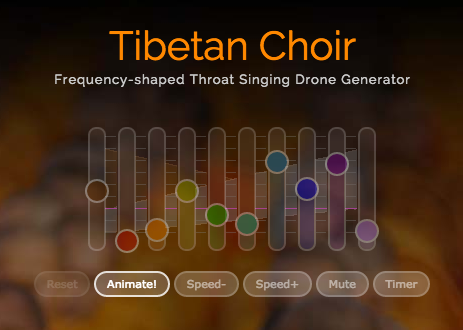 As a supporter, I can run several of these side by side, for example for my taste some heavy rain sounds fit in well with the Tibetan Choir. Others may prefer the rail cabin or purring cat; if you begin trying out those sounds you may suddenly find that HOURS have passed

[quote=“Professor_X, post:6, topic:5965, full:true”]
5 mg of diazepam works wonders. Your mind will be clear and you will have no nerves.

That said, don’t do drugs and just say no.
[/quote]

in so many ways

i have this sort of problem, but only with actually clicking the button to start a match. once the game gets going i forget about being anxious and am fine. but for some reason its hard to start a game! I don’t get it. But i think for all these anxieties the answer is just to play more. the more you play the more it will seem natural and normal and nothing to be worried about.

@Jonasd I’m the same way. I’d sit for an hour in front of the Play tab, waiting for a game with the “perfect” combination of size, timing, player rank, etc. And when that game appears, I talk myself out of accepting it. Ah well!

When the game’s started though, I’m totally fine.

This is very good! Thank you

(I meant that for the tonal generator post above)

I share the same problem. No clue. We’re all anonymous. Maybe personal pride. But I’m way too old (or should be) to worry about that. I’m going to try the idea of correspondence games. I just don’t understand why I have this fear of the game. I’m quite vexed with myself.

I suffer from this mildly, as compared to what you describe. However, perhaps what I have used to help me will also help you. For me it is primarily a fear of losing. So, I made it a goal to lose. I try to lose at least one game every time I sit down to play (of course, not by playing badly, but I try to play until I lose a match). This helps me start playing. I found that the more matches I have played recently, the less the anxiety affects me. For some reason there is still a lot of activation energy to start the first match on a given day.

That’s a good idea; I should try that the next time I have a good chunk of time to play. I don’t normally have ladder anxiety, but still a good idea.

Everyone has to deal with nerves when playing. Just watch the NHK Cup games on Youtube where even pros get pretty tense, though some are a lot better at hiding it. The only way you’re playing without stress or tension is if you’re playing an exceedingly easy game without any difficult positions whatsoever or you just don’t care about losing. Both of which, are not beneficial for you as a player so stress in a game is a good sign that you’re being challenged.

How to handle it? I’m afraid I can’t help you in that department because I suffer from it too. I am of the opinion that the stronger your reading and positional judgement, the less nervous you will get because you have less to fear. Sure, pros do fear very complicated positions, but that’s because they can’t read out every line of every variation, and that causes the fear. If they could they wouldn’t fear it. But no human can ever do that, not even pros. You could reduce the fear though. When I was just starting out, I would fear all sorts of beginner positions because I was simply unaware of how to handle them and I noticed that my fear gradually lessened as I got stronger. It will always be there though. So keep at it! It will get better

[quote=“hiryuu, post:15, topic:5965”]
the stronger your reading and positional judgement, the less nervous you will get because you have less to fear.
[/quote]I fear that may not be true—after all when we get stronger we also get stronger opponents, so it’s all the same, just one storey higher.

UNTIL I WASN’T NERVOUS ENOUGH AND LOST DUE TO SOME STUPID MISTAKE BECAUSE I UNDERESTIMATED THE OPPONENT (oops, did I shout?)