Hi everyone. When I click the AI move during an AI analysis after the game, I get presented with a full sequence of moves, as in the picture. Do I understand correctly that this is the moves that the AI would play for both sides? 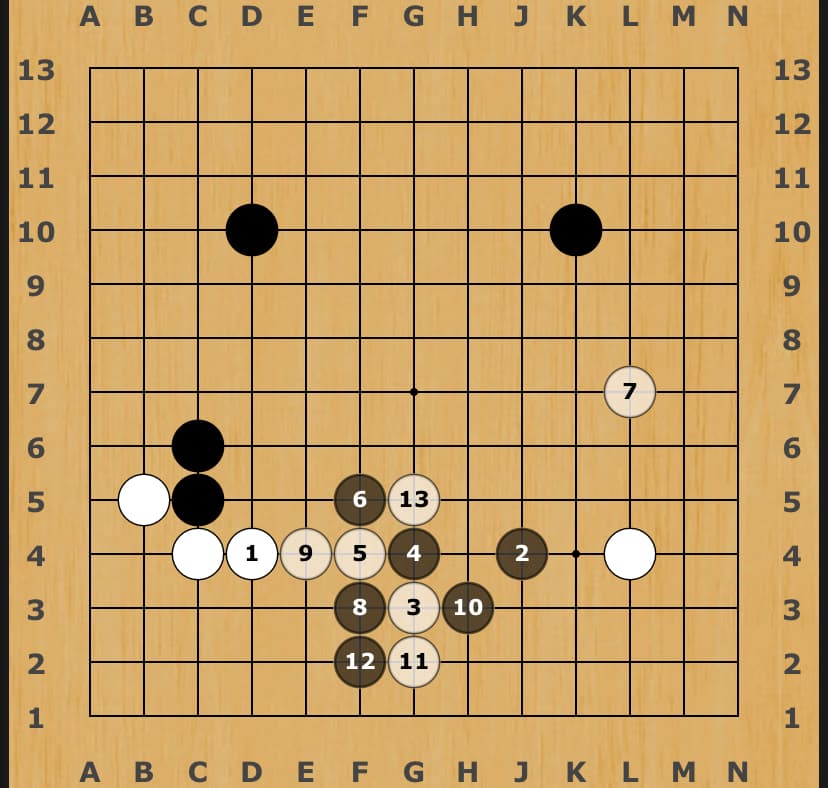 Yeah, the variation you see is what AI considers most likely follow-up. The sequence should be taken with pinch of salt, whether its actually good variation depends on who’s winning. Even the best variation in losing situation is still a losing one >___>

And also, if you’re playing against amateur human opponent, the chances of that variation getting played is probably quite close to zero xD

Staring at long main-line sequences from a superhuman bot is pretty useless for anyone weaker than mid-dan. It is better to interactively explore with an AI asking questions like “if my opponent plays here, where should I play?” within the first few moves deep.