Help with the invasion sequence on the left side (11-10k) 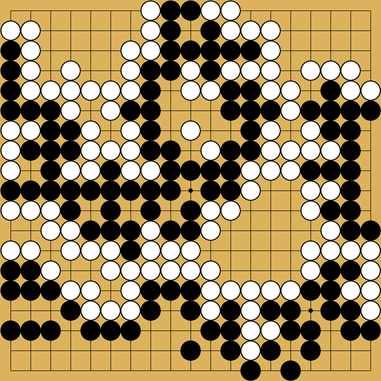 Hello, I was wondering if i could get some help with the invasion sequence after move 78. Up to this it seems to me that white is at least a little ahead with the Moyo that he is starting to build on this side. I know that i should at least not let black escape but it seems that something more severe might be possible. (Any other comments on the game are also welcome).

hey. i left some quick variations in the game chat

The bad thing wasn’t that he lived inside, than he managed also to escape! If Dwyrins is right, better surround than try to kill.

The bad thing wasn’t that he lived inside, than he managed also to escape! If Dwyrins is right, better surround than try to kill.

Unless you can kill. Then it’s better to kill.

Unless you can kill. Then it’s better to kill.

Killing is a hard job! 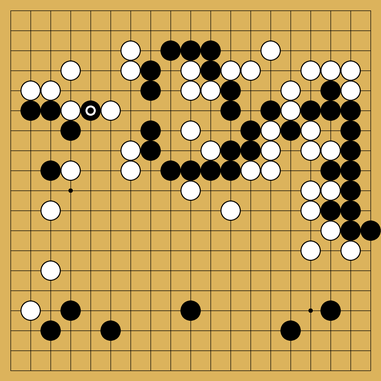 Beyond the invasion on the side, there were a couple other tsumego sequences that cost you more than the margin of the game, or that could’ve decided the game in favor of your opponent if they noticed them. In general, you tend to overplay a bit while trying to attack groups, which gets you cut apart and lets your opponent off the hook. Playing a bit more solidly, and paying more attention to your shape while attacking, will definitely yield dividends for you.

In terms of killing vs. attacking for profit, you’d be surprised by how often they’re the same thing. Solid attacking play that doesn’t give your opponent room to counter attack will absolutely leave things dead if your opponent overplays or doesn’t defend well.

Thanks a lot for the advice and the review. I just had an overlook for the moment, but once i go in depth with this i’ll have a few questions concerning your variations if you don’t mind. (if you don’t have time, i totally understand).