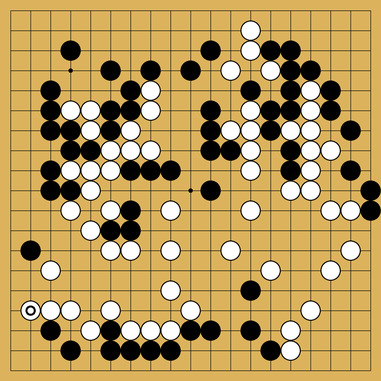 Some of my thoughts. Your direction of play is good and move 9 is normal. It’s move 15 that gave you a bad result. 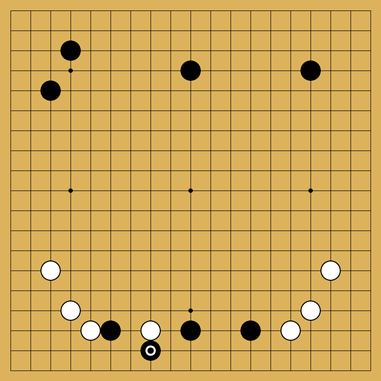 You should be very happy with the result and consider yourself lucky. Had white played J2 instead of G3, you would be in much bigger trouble.

Could you explain what you don’t like about the result? Keep in mind that you let white play 4 moves in the lower half before making a move yourself. So the real issue for black if any is not move 9 and after, but rather in the first 8 moves.

Thanks a lot for your thoughts, i will definitely look closely at this

Indeed J2 seems like a big problem ( i read it very poorly during the game), what i don’t like is that i feel like white played very passively and i could’ve gotten a better position out of this, in particular crawl a bit less on the second line (But it was mentioned that trying to connect underneath is not the best option and I quite agree with that). In exchange for those 4 moves of white in the bottom i get an ok framework on the top, do you think it wasn’t worth it ?

White’s allowed to have something, like you said you have a reasonable framework of your own up the top. What’s wrong with playing k5 at move 13? If white doesn’t follow you out with H5 then it really is looking dangerous around f3.
after that white will have a hard time sealing you in let alone killing you… so take sente and make a big move on your favourite side. 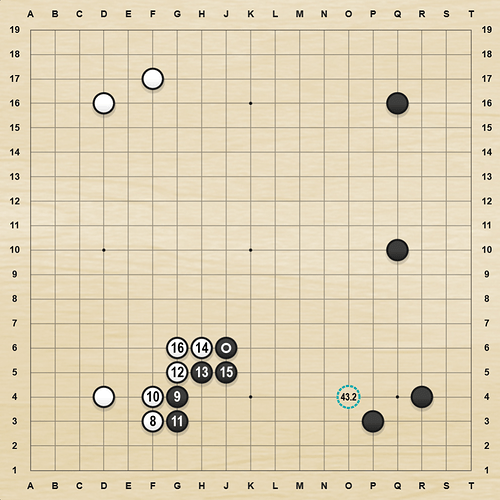 AlphaGo would shoulder hit at g4 and dare White to be the invading party. To me, move 9 at o17 also looks nice. Invading was not Black’s only choice, in case you thought it was.

Interesting, thanks for the variations you added. I was not in the mood to play this kind of huge moyo game though.
P.S : Do you recommand studying with alpha go or lizzie at my level ? ( I spend time reviewing my games but not with an engine).

Yes, studying with an engine is a great way to broaden your thinking about what moves are possible in a given position. Reviewing with a software like Lizzie or Go Review Partner can also reveal your biggest mistakes and blunders.

But with power comes responsibility. Engines can become a crutch, which is why I always prefer reasoning through a position yourself first.

@mark5000 just curious, what is the winning % with 9 at G4? My guess is that black should have prevented white F3.

@Capitaine_Crochet I understand that crawling has a bitter taste. That’s crocodile style, so based on your nickname something you might not like

But you have to put this in context. That’s usually what you get for letting your opponent play the good moves first (and again I think you were lucky). Also, F2 means that white cannot claim the bottom left corner as his/hers, that does make a big difference.

Actually F3 was not the best option in the first place. You already had a weak group and you started another one.