I don't know why AI thinks I won

Instead, it looks like absolute lose for me lol 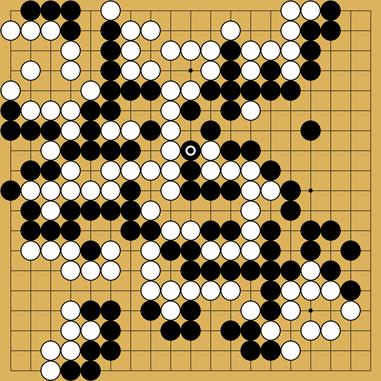 Score estimate suggests the black dragon on the left is killable.

Edit: oh wait white doesn’t even have to play huh. I would have thought for sure there was an eye there!

… and this is why the humans who passed need to score the game.

They did. Black resigned. And given their ranks that is totally understandable.

the black dragon on the left is killable

I would say black’s dragon is dead. Black has no way to save even if they play first.

From white’s move 174 (which cut off black’s dragon), black should have secured a 2nd eye with a move at F7. But black didn’t, so white played at F7 on move 198, killing black’s group.

And it looks like white was actively killing that group, so white was probably aware that black’s dragon was dead. It’s a mystery to me why white resigned 10 moves/1 minute later. Surely 5k is strong enough to assess this situation correctly?

Right - from time to time, there are debates about how much and whether to use AI for scoring.

I was highlighting that this is an example of why whatever we do needs to take into account that what the players thought when they resigned matters.

Surely 5k is strong enough to assess this situation correctly?

Well, this 5k saw it was dead after a few moments of assessing the situation.
Black can make one eye, but that is not enough.

So indeed a mystery why white resigned.

Perhaps white had the illusion/misjudgement that the survival of their L7 group was required to keep black’s dragon dead? That sort of thing happens sometimes, especially under time pressure. That would explain the timing of their resignation (right after that white dragon died).

Surely 5k is strong enough to assess this situation correctly?

Do you think that ~black~ whitei n this game was airbagging (not really 4k) or sandbagging (resigned knowing they were winning)?

No, I think white made a big misjudgement somehow, which cost them the game.

I corrected my typo.

I am trying to underestand the meaning of “surely a 5k can read this” in the face of evidence that one did not.

Yes, I think white should be strong enough, but illusions happen sometimes, as a kind of blunder.
In this case, black also had this illusion? Even that happens sometimes, also in games at my level.

I’m pretty sure I’ve already misread similar situations in a live game when I was 5k or stronger. Being able to solve a problem is one thing, doing it under time pressure is another.

I mean 9p can miss atari so pretty sure 5k can misread a whole dragon.

I am trying to underestand the meaning of “surely a 5k can read this” in the face of evidence that one did not.

There is a subtle difference between “a 5k is able to read this correctly” and “the 5k who was playing assessed the situation correctly”.

In particular, go players are often much stronger at tsumego when they are going through a tsumego exercise book, than when they are playing a game. When going through the tsumego exercise book, they’re actively looking to solve the problem, and if the problem is easy enough for their rank, they’ll solve it. But when playing a game, it’s easy to simply “don’t notice” that a group was killable (or already dead, in this game).

Also, White lost a group of 11 stones just before resigning. Go players are notorious for feeling “bummed out” just after losing a group, and overestimating the loss, and resigning even though they could still win the game.

My moyo after I misread a whole dragon 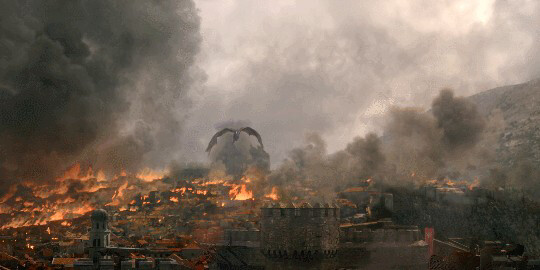 My moyo after I misread a whole dragon