I learned a valuable lesson tonight

well, as long as you still had fun

its kinda amazing how quickly the game deteriorates when drinking (at least in my experience).
it happens much quicker than actually feeling under the influence or even drunk, so i mostly avoid it. give me a couple of beers and my play gets truly adventurous, any more and it gets outright bad, with the added quirk of feeling much more confident about the moves i choose

… i guess thats what alcohol tends to do.

You could just play unranked

Our go club used to meet in a pub for playing. Then they moved to a Judo dojo, don’t know why.

Yeah, I think it’s safe to say I had one too many. Didn’t even realize I was posting from my other account.

You could just play unranked

That’s a great idea. Looking back at the games I played last night there’s no way I should have been playing ranked. Embarrassing.

gets outright bad, with the added quirk of feeling much more confident about the moves i choose

I admit I’m a little fuzzy on the details

When I was living in China, I drank and played mahjong a few times. Always left with significantly lighter pockets

I drank and played mahjong a few times

And you were welcome back ANY time, I’m sure

I know that some people have created extra accounts for playing “under influence”.

(I myself used to have such an account on KGS “way back when”, but I didn’t use it much, and it was more like an account for being less afraid of playing “experimentally”, with no fear of harming my rank.)

more like an account for being less afraid of playing “experimentally”, with no fear of harming my rank

That’s more or less what I use the maxiang account for. Plus I play a bit of a mix there. I only play 19x19 on this account. Glad I happened to be on that account that night though, because if I had been on this one it could have been bad. I was so confident

Edit: although I guess as a 17k everything I do is experimental at this point

But how else does one become a drunken master then?

Where is the “Drunken Go” button? You know, the one that only allows you to play unranked games and disables your chat so you don’t say embarrassing things to your opponent? 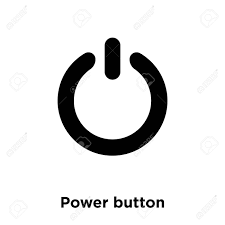