Im not knowledgeable re counting territory

I ve been playing the bot. I would appreciate someone revising the territory result of these 2 games. And I have a question. Do prisoners are worth 2 points? What is the score? It seems to me that there is something wrong but I dont know. Thank you 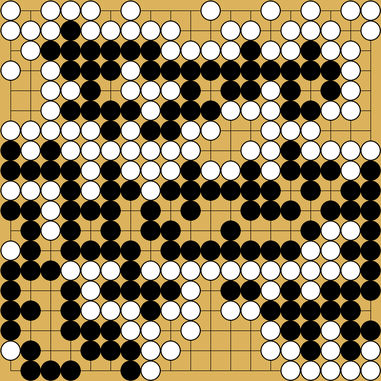 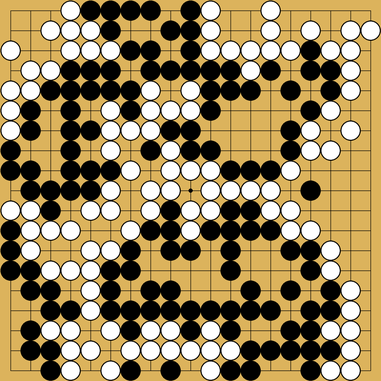 I’ve 28 prisoners and I won by 3.5 or so… in one The other game is also weird. Pls confirm. Thanks

Not sure what exactly is confusing you. What do you think the scores should be?

Note that these are Chinese rules, so prisoners don’t count at all (but stones on the board do count, which makes it nearly equivalent to Japanese counting).

How to score in Chinese rules:

In Chinese rules it’s important to fill all dame (or neutral points) before passing, since they are worth one point for each stone that you play on them. In both games you could have filled the dame.

If you’re playing with Japanese rules, then you don’t count any territory surrounded by stones in seki, and instead of counting the alive stones on the board, you add the number of prisoners (including those removed in step 1) to the territory.

Since you don’t count alive stones on the board, this means that dame are not worth any points in Japanese rules. In practice both scoring methods are almost always equal.

I was playing Japanese. And do prisoners count by two points? Yes ? No?

hmmm. I thought that I was playing Japanese rules w the bot. So it is no point to take prisoners.

I was playing Japanese. And do prisoners count by two points? Yes ? No?

[Edit] Added a variation to the second game you posted. It wasn’t over! There is also a double-atari for White a P16. Dame count for 1point under Chinese rules so it’s generally best to fill them, this should be pretty quick against a bot anyway.