Is "restrict rank" currently using the old or the new ranks?

Is “restrict rank” currently using the old or the new ranks?

(Also, I’ve always wanted to know: if it’s using the old ones, does it use the game-type specific one, or the overall one?)

… we kinda need to know, because otherwise we could be selected people easily 2 stones above us…

On the profile-page it says the old ranks are no longer used. That would include rank restriction. 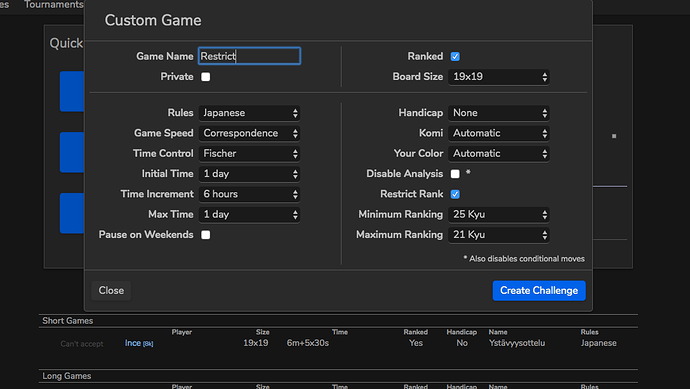 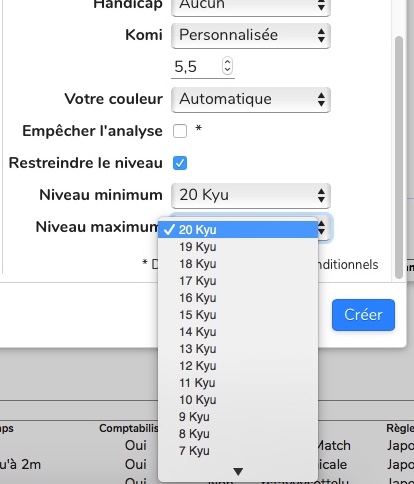 i have this problem with my ipad and sometimes on my mac.

Honestly, there isn’t much difference between 20k and 21k…

exact… but there is difference between 20 and 25!!

there is same limitation (20kiu) for minimum and maximum rank.

here is same limitation (20kiu) for minimum and maximum rank.

Hmm, that is a much bigger problem. Your picture only showed the max and so I thought “yes it’s a bug but perhaps not so bad”

@BHydden: Thank you. But I hope there will be a best solution (if it’s a bug).