Sometimes, an opponent times out of a ladder game but the game still appears on my challenges list:
Jurkos timed out of https://online-go.com/game/10663040 but for a while I was unable to issue another challenge because Jurkos is still listed as someone i’m currently challenging (I became able to challenge after another player i had challenged timed out).

That case is clearly a bug, but I have some other questions to bring up about the ladder rules too. For one, I’ve noticed recently that a lot of times someone times out of the ladder but they don’t get kicked out of the ladder (e.g. Jurkos) The rules say that if you time out, you get kicked out. So is this a bug, or have the rules changed to permit some leniency? FWIW, i like the idea of having some leniency for timeouts, but it’s also really difficult to climb the ladder when half your opponents time out. The last 4 games in my record are ladder games against someone ranked higher than myself who timed out. So I think there may need to be some compensation offered to someone when their opponent times out. Maybe when someone higher-ranked times out on you you get an extra temporary challenge slot, or you’re allowed to challenge people ranked 60% higher rather than just 45% higher. As for leniency with timeouts, i think it might be helpful to people to let them have 1 or 2 free timeouts, or 1 or 2 days of automatic vacation-mode, once in a while. On duolingo, you can buy a “streak freeze” which means that if you are too busy or you forget one day, it automatically kicks in to save you from losing your “streak” - comparably, what if i could use 5 “normal” vacation days to “buy” an “auto-vacation” day, where instead of timing out of a correspondence game, the autovacation day is consumed and i’d automatically put into vacation-mode for 24 hours? Alternatively, if someone times out of a few ladder games but then gets back on the saddle, maybe their ladder position should be restored after having played a few moves in ladder games again, and the games that were timed out could be “revived” by the lower-ranked player. Anyways, not sure if these particular ideas will work but i think it would be really nice both for those who time out on accident or on account of unusual circumstance, to have some reasonable leniency or protection, and for those who can’t climb the ladder due to their opponents timing out if we could get some compensation for it

When you time out of a ladder match, you are immediately kicked from the ladder. At any point immediately following this, you can rejoin the ladder at the bottom. If you do this, all of your current ladder games are still in effect, meaning that if you win against any of your original ladder opponents, you can take their position as you would from any ladder match. This means that a player can theoretically time out, get kicked, and shortly thereafter have a very similar ladder position to before they timed out due to them winning one of their current active games.

if the player is kicked out of the ladder for any timeout, then there is a bug because several players have remained in the ladder after timing out

the current reprieve is useful for someone who times out of one ladder game, but someone who misses a single day might time out of all ladder games - then they have no chance of recovering their position

Also, to clarify, the game that already ended between me and Jurkos is still listed as one of my challenges and preventing me from issuing a ladder challenge. Maybe I should mention a dev?

@GreenAsJade and @Adam3141 hope this doesn’t disturb you.

There is a player named jurkos at #48 in the site 19x19 ladder with two out of three games already finished by timeout but still listed as ongoing games in the ladder. Is it a bug?
Should I call a moderator instead?

Here are the games: two out of three games already finished by timeout but still listed as ongoing games in the ladder. Is it a bug?

I can only assume so. I have no more experienence in this regard than any of you

Any update on this @anoek? the game against Jurkos, which has ended, is still preventing me from issuing challenges.

Thanks for fixing it!

i have the same problem game: Ladder Challenge: Ran-Ran(#952) vs DctrW(#576)
preventing me from issuing any more challenges

You should be all fixed up @Ran-Ran, sorry about that

I’m having this problem again - in https://online-go.com/game/16738868 my opponent Iceape timed out, but they still appear as one of the people i’m currently challenging - could you fix it? Thanks!

Curses, again! Our appologies, I have notified the devs and will let you know once it is sorted out.

EDIT : Oh nvm - the game has appeared now, i guess it just took a little while

Having a similar issue - i challenged Joachim (https://online-go.com/player/1039/) in the 9x9 ladder - it registered that i had issued a challenge - and so i am full of challenges and cannot issue any more - but it did not start an actual game, so i can’t actually make good on my challenge

related (but not the same) situation, my opponent (vortex7d) lost on time
Ladder Challenge: Ran-Ran(#17) vs Vortex(#10) but my position in the 13x13 ladder hasn’t changed and vortex seems to have disappeared from the ladder as well. By winning I though I’d finally made it to the top three

I think this is by design - you can’t move up the ladder if you win by timeout, since a timeout win may be due to arbitrary circumstances instead of a clean victory. It sucks when you can’t move up cuz your opponent timed out but it would also be bad if people moved way up the ladder without actually beating someone, just because their opponent forgot to play one day

thx for the input, well, that makes sense I guess, I was doing pretty good but then again I always think so 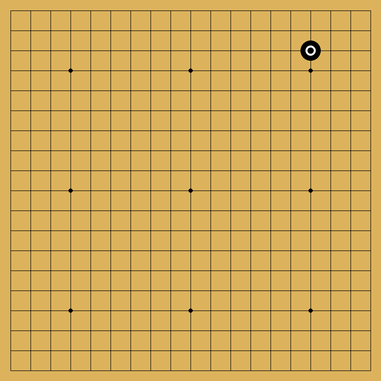 Opponent did timeout but game is still listed and I can’t challenge someone else.

Edit again: the player’s still on the ladder though