Limit on the number of Tournaments a player can create

I was just checking out the Tournament page today and noticed that a lot of the tournaments had really odd names, and to be honest looked like spam: 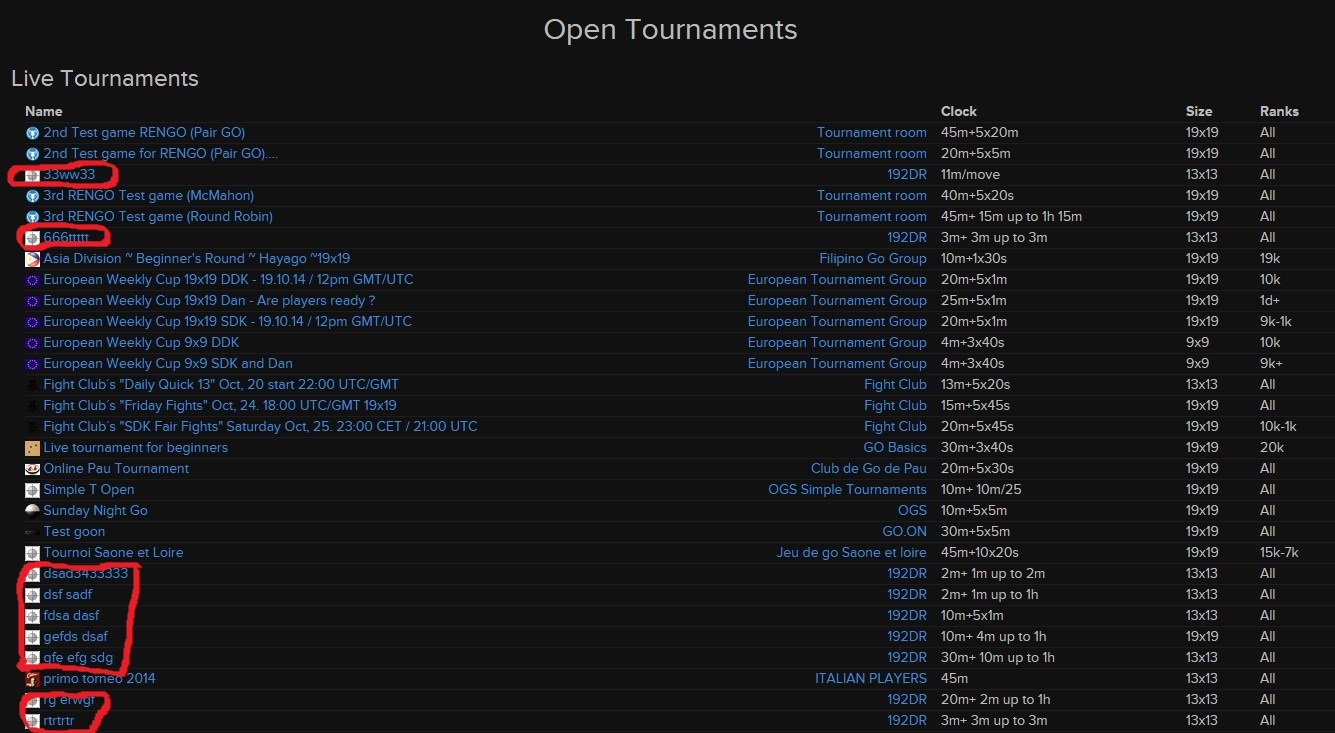 There were more farther down the page, but in order not to make this post super long I just pasted up till here. All are from the room “192DR”, and most were created by some username called “sol_test”:

So, I think it might be a good idea to limit the number of tournaments a player could possibly create. Maybe to 3 active ones per non-mod OGS user? Also, I think players should have to get past their provisional rank, before being able to create a tournament.

Edit: I was wondering should this be moved to the Tournament section or is it ok here? xD

OGS Development is a good place for this. I think you raise some good points here… another issue we are having right now is that tournaments don’t expire and this will be changing very soon.

Among the larger scope of tournament system changes coming up very soon, users will be required to set an auto-start time on a tournament and if a tournament is left too long it will be deleted. I’m definitely going to now add in some stricter requirements for creating tournaments specifically for new users. The one restriction we have in place currently is that normal users aren’t allowed to create more than one tournament per day.