People sometimes complain about lack of high-level human games on OGS. Here’s one: 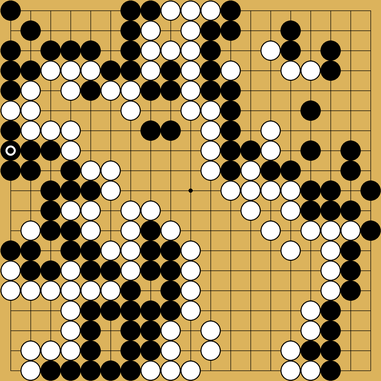 Game 5 to be announced later.

thanks sai, tag me when it starts and I’ll see what I can do about giving you an OGS announcement if you like

Because Asians aren’t obsessed with ties being the end of the world. If two players are very even a tie makes sense. Even more so after a jubango!

Right - I could see that…

I guess, with komi always ending in 0.5 to avoid a tie, I figured a jubango would have a similar principle, but yeah, if one of the logical outcomes is to prove that the 2 players are equally strong, then that makes sense

Typically, to my understanding, a jubango is not played using komi. They bypass the unfairness by alternating who takes black and who takes white, with the first level of handicap being winner always takes white.

the Jubango being played on OGS (latest game being the xFujiwaranoSaiX vs. HippoDROme played earlier today) used standard 6.5 komi, so I guess they are doing their own variation on the concept

Fair enough, I think the original jubango predated komi if I remember correctly… but I guess there’s no reason it couldn’t work either way

Correct.
Jubango was played because komi did not exist, they created komi to not play Jubango and make it fair. We use komi either way as OGS doesn’t allow for there not to be komi. So we just kind of rolled with it.

Not very long but still an hour 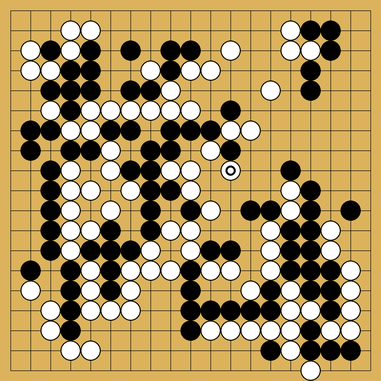 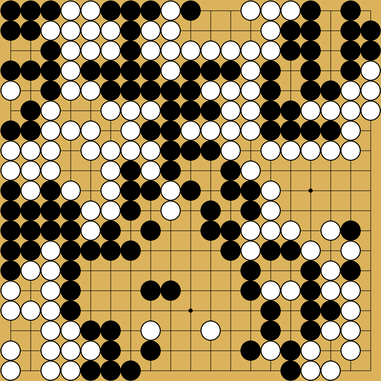