How the heck could I had won this game?

Came back to play again, I’m back to losing non-stop. I was happy with this game, but the guy kept going. Then I ended up losing.

this game is far from over. imo you are still ahead even… not finishing was the losing move.
maybe you expect to win by too large a margin? it is not possible in go to get everything, especially when playing a player of equal rank.
gl with ending your slump

Winning doesn’t help if you don’t know what you’re doing. What happened is an example, I would had made at least couple more mistakes. I tried to see if I could win by analysis and I ended up losing couple more groups. Created to many weaknesses trying to surround the middle, while it lives.

Thanks, I won one out of three because a guy had to go. Not sure if I would had won it otherwise. This game is frustrating, even winning isn’t enough to win.

Hey,
idk if this helps you but here is the analysis made with CrazyStone. 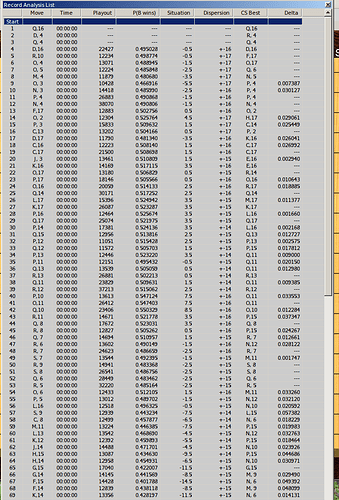 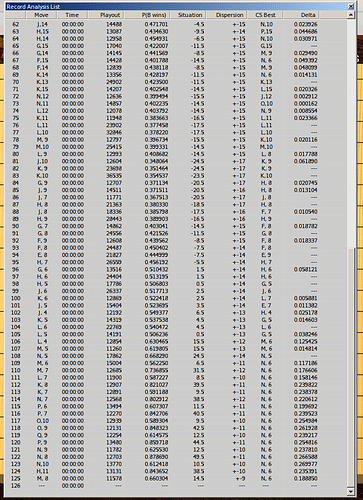 Created to many weaknesses trying to surround the middle, while it lives.

Spot on. Moves 84 to 110 are just terrible for white. Attacking is the right decision, but you can’t do it from 4 sides at the same time. Also, keep some distance or else you get bitten - that’s what happened in the game. Same as last game. Surround and lose, I can’t win.

Did a variation, unnecessarily worried about those two stones. Didn’t see it would been a tiger’s mouth during the game.

Looked again, not sure it could be captured anyway.

As @SanDiego noticed, you’re playing way too close to the group you’re trying to kill, try to maintain some distance. And when you’re not sure you can kill a group, do not try too hard. Typically, in go one attacks to gain some profit while harassing a weak group, not to kill at any cost. For if you try to kill and fail, the cost can be huge.

Typically, in go one attacks to gain some profit while harassing a weak group, not to kill at any cost. For if you try to kill and fail, the cost can be huge.

Couldn’t agree more yet so hard to follow. But maintain a safe distance usually follows the same idea. Try to keep simple connections between your stones:
One space jumps instead of more complicated ones. Also look up “table shape”. One of the best shapes to know and use.

Feeling your pain Stoicstrom ;-)… been there too many times, man. Just remember it’s always luck when you lose and skill when you win… Lol

Last few games I’ve done better, won two and the one I lost was by 1.5 points. After losing so much, that lost wasn’t too bad. lol

Helped that it was between the two games I won. Trying to be more aware of my stones weaknesses and having good shape. While trying to split opponents weak groups and surround if possible. If not, I try to at least threaten the possibility and get something from it.

So, you are 18k (same level as me, although my profile says 16k because I started with 17k and got lucky in a few games). This is not the time to worry about losing or winning imo

The way I think is: I’m not good. I’m playing to improve. I didn’t yet get to the point where “I’m satisfied with my level and don’t intend to improve anymore, just have fun”. I prefer to believe I’m improving and yesterday’s match was played by “yesterday’s me”, not “me”.

If you improve to 10k level I don’t think anyone will go back to your 18k games and say you suck, but instead say you improved a LOT. Winning or losing, just analyze these games and try to find out how it could have gone better. I mostly have been playing against stronger players lately, don’t know if it’s gonna help me improve or not but I’m glad these guys actually take the time to play against a newbie like me

Edit: by the way, if you feel any shame in losing these g ames just make a fake account so you will feel more comfortable. That’s what I did with this account, so my friends don’t see my games. Although if I hadn’t any friends who played online-go I wouldn’t really care, I think.

by the way, if you feel any shame in losing these g ames just make a fake account so you will feel more comfortable

That helps indeed sometimes! I sometimes play on other sites for some games when I get the feeling I’m stuck in a losing streak. Also great, if you want to try some “crazy” new strategy, like going for an all influence game. Somehow, a different account that I don’t consider my main account makes me relaxed about experimenting more

stuck in a losing streak

There is easy way to play against stronger players and never lost more than 50% games. Just create game with maximum ranking 10k for example. Change it to 9k in the next game if you won or to 11k if you lost, and so on.