Is there a way to implement the machine to resign matches? 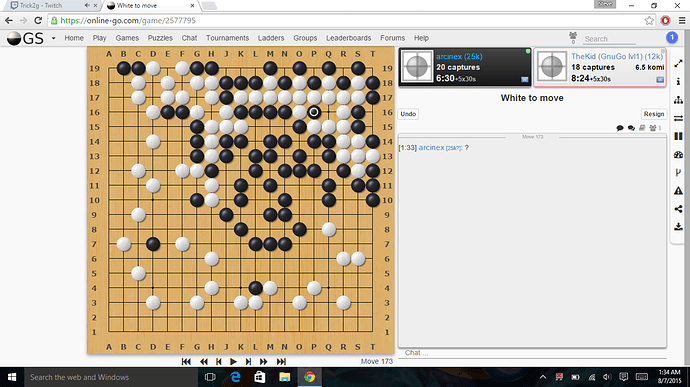 This image was taken with the machine having 8:24 on the clock. It is now reaching the extended time of 5 min 30 seconds.

As you can see, white cannot move onto Q16 because it is suicide (i think?) and if I take Q16 I will have an enormous lead.

Bots winning here bud he can capture at T15

Since the bots take so much server resources they sometimes break just ask the admin of the bot you are facing which you can see on the bots profile page to kick it in the butt.

If bot plays at T15 I will play Q16 without hesitation.

After white T15 black Q16 is suicide, you can’t play there. There is no way to capture this white group, and white has a HUGE lead.

Ah. Thank you. I can’t really see that for myself because I am relatively new to Go.