i think it’s because it isn’t dead. you’ll have to capture it but you only have 1 eye so your group is dead.

The system doesn’t restrict you in removing stones, it has absolute trust the human knows what they’re talking about.

You should have been able to remove those, when I tried it just now after forking the game, I was able to, although I had to unmark P1 and S19 so that it’d score that white area correctly.

When you say you were unable to mark it as dead, you mean the stones never went translucent, or that maybe either P1 or S19 was still marked as dead so it wasn’t scoring white correctly?

Black went translucent, but the area never got marked as White territory.

I didn’t realize that S19 was marked dead, so that was probably the issue. I was able to mark P1 as alive.

Yeah, I’ve no idea why our little auto-scorer marked S19 as dead… it’s already on the list of things to improve though 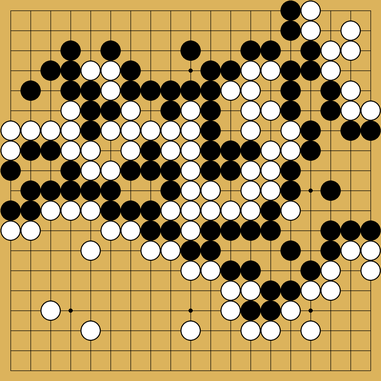