"My Games" games ordering by time

I can see remaining time at tab “My Games”.
I thought games on this tab is ordered by remaining time.
But as you can see on these screenshots 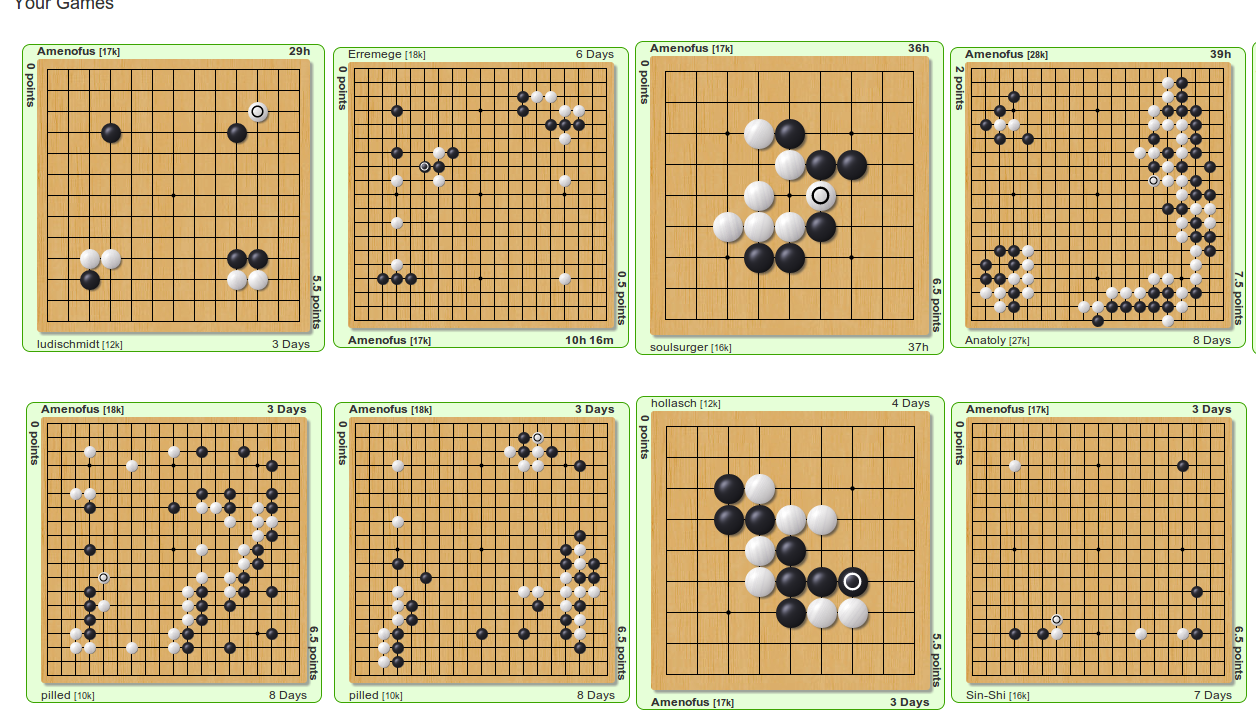 Some games are out of order.
So the question is: is it possible to have games on “My Games” tab ordered by remaining time?
Just want to be sure that I won’t time out some game because it is located in the bottom of page.

Hm, it does sort them, I’m not sure what’s wrong with that second game on your list (that’s the only one not sorted right from the looks of it). We might have a bug with sorting simple time games, I’ll take a look at it… thanks for the report!

I think I found where is a problem.
https://www.diigo.com/file/image/qedspcrzccsqbpeeqzbobbbado/go+time+bug.jpg
As you can see on image above there is one game sorted incorrectly.
However actually its not true. Games are sorted correctly according to ‘gamedata -> clock -> expiration’ field.
https://www.diigo.com/file/image/qedspcrzccsqbpsaqzbobbbaoq/go+game+time+bug.jpg
On the game details screen you can see that there is 1 more day.
Anyway, problem still exist. If I forget to scroll down I can miss this game. As you can see I already wasted 4 additional days because of that.

To be clear, you would rather have it sort by time until the next byo-yomi starts?

He’s saying he would like to be aware that a byo-yomi is about to run out before it runs out instead of letting time pass because he thinks his next move doesn’t have to by played for another day. Ideally the time remaining would show the time remaining in the byo-yomi as well as the periods remaining.

Well, always to have the game where I have the least time left at the top left would really be nice!