New to OGS and seeking advice

So I was checking out OGS and it seems interesting but I had a few question.

One, how do the ranks work? I thought I would have to work my way up but I noticed I could just change my rank.

Additionally, can I make the board bigger? It is a bit small for reading.

How does the ladder work?

Is it possible to give teaching games?

Anything I should know about this server?

Thanks for any info!

When you change your rank manually, your status gets set to “provisional”; in other words, you sort of have to “prove” that you are the right rank. That isn’t to say that there aren’t people who set their rank completely wrong (I’ve seen just a couple) then play through 5 (or at least I think it’s 5) ranked games to rid themselves of provisional status. Playing more and more ranked games will eventually adjust their rank to the right level.

I’m not sure what you mean by making the board bigger. Do you mean visually or in terms of coordinates?

The ladder system is just one form of competition on OGS. You join a ladder and start at the bottom. You send challenges to people who rank higher on the ladder and if you beat them in a correspondence game, you take their position. If you lose a match as the one who was challenged (not the challenger), you slide down a single position.

Teaching games are certainly possible. Just challenge the person you want to teach (or be taught by) to an unranked game.

This is a good server as far as I know. Most people are friendly enough and the developers seem to be tirelessly working to make it better and better. It’s still pretty young (at least in its current form), so there’s lots of potential.

Awesome! Thanks for the help! Are there any features for teaching games? Like showing variations and such?

Showing variations is possible for all games (including non-teaching games). Even observers can share variations with each other, but observer comments can only be seen by the players after the match has finished. I suppose there’s a limitation in the sense that you have to share each variation one by one during the game, but after the match you can review the game together (or alone for that matter) and create a variation tree with comments on each possible move.

Screenshot from a review I made, cf. the outlined nodes in the move tree, they “remember” the comments just below it and any marks on the kifu. 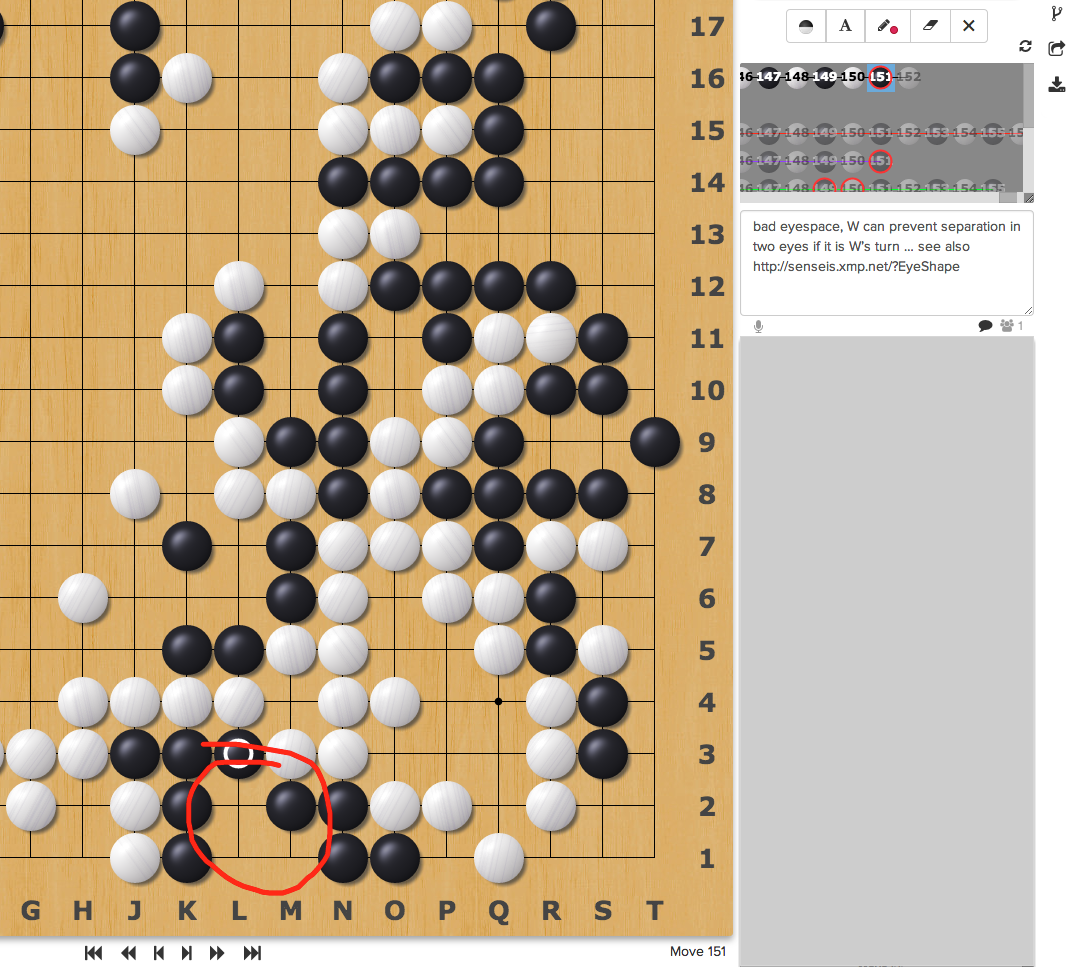 (and I grayed out the chat