Not gaining points due to level difference?

I played with a 4dan level player in the 9x9 live tournament today. He was probably a player I couldn’t match under normal circumstances. Even though I won, I couldn’t earn points. I think it has to do with the level difference being too high. but it looks like a bug to me. Live 9x9 Double Elimination Tournament 2022-04-23 10:30 @anoek

Also, in another game I played in this tournament, my opponent canceled the count of a region that was my area. but automatically the site gave the count confirmation on my behalf. I usually access the site via mobile devices and this sometimes happens to me. Tournament Game: Live 9x9 Double Elimination Tournament 2022-04-23 10:30 (89089) R:3 (OnoKakafeniks vs A sly penguin)
Also, if I lost this match because of this mistake, I wouldn’t be able to advance in the tournament. Finally, I have been experiencing this error since I started using the site.

I just talked to a software developer friend of mine, who is also a user. claims that the site will not end the count without my approval. I say that I have experienced this many times. Maybe it has happened to others?

Did you report all this to a moderator?

yes, I reported it on the site and I have not received a response yet.

Moderating is a voluntary job. There is not a 24 hour coverage by moderators.

Yeah, this is indeed the case, if rank difference is over 9 stones the game is considered unranked, even if it was part of tournament.

I agree. It was not my intention to complain. just thought these errors were general stuff and worth sharing on the forum

the site will not end the count without my approval

This is false, during the counting phase both players have a certain amount of time to accept the score that depends on the game’s time settings. If one player doesn’t the score proposed by his opponent is the final one, if neither player does the automatic score is used.

I can assure you that this is happening very quickly. Maybe it needs to be studied in more detail. 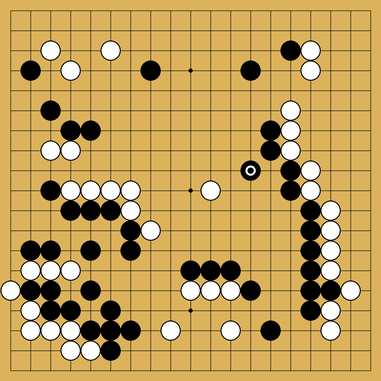 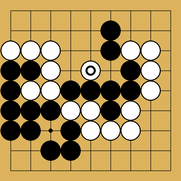 I also want to add these two games here. Although there was no 9 stone difference in these games, I did not earn a degree. probably my opponent missed the deadline in many correspondence games at the time. and these games were canceled even though they did not meet the non-cancellation requirement and there was no explanation about it. when i talked to koba he said that this is canceling the remaining matches of the reserved accounts after a certain amount. so it seems to be a practice made to prevent some kind of unfair level gain. but we do not receive any notification about it. it looks like we won the game and it looks like my opponent didn’t close their account. this looks like a mistake beyond the discussion or practice of being an unfair advantage. I thought I should share.

The two ladder challenge games fall under the serial timeout rule in correspondence play. They are part of a consecutive series of timeouts, in which case only the first in the series counts. However, that person is massively abusing the rule, in my opinion, by repeatedly exploiting it (it exists to handle the rare case of an emergency, such as a person being hospitalized). I have have reported them.

Yeah, this is indeed the case, if rank difference is over 9 stones the game is considered unranked, even if it was part of tournament.

I’m not sure on that though. If you look at the above that comes from https://online-go.com/termination-api/player/991353/v5-rating-history ranked games show up here and it shows a rating change.

I think you just can’t conventionally set up a ranked game.

That said though, there could be some delay between a game ending and the rating show up.

I don’t think it has anything to do with latency. if i understood correctly of course.

No I wouldn’t think it would be latency, it could just be some parts of the site needing to refresh or something to catch up with the latest data from the server.

Some things might be cached for example, and just need to be refreshed.