If you eat pizza and deeply understand yourself you have no idea about baduky.

“Don’t do things that don’t work”

Recently someone messaged me, ‘Take care friend in Go.’ so here’s the obvious proverb:

A friend in Go is a friend indeed.

Sweet one but don’t forget that each go proverb has its exception.

each go proverb has its exception.

Is this a Go proverb? Then it has an exception, which you will find in my previous post.

Actually the logical inference is that “each Go proverb has its exception” can’t itself be a Go proverb. Proof by contradiction.

Can it be a Go proverb and an exception to its own rule?

about rules and exceptions.

Is a proverb a rule?

Something like a “natural” rule, opposed to social rules made by human on human

Is a proverb a rule?

As we all know, the 15-kyu player is the backbone of the Association, and the aim of this brief article is to help keep it that way.

Weak players have an unwritten code of Go proverbs similar to those used by strong players, but as far as I know this is the first attempt by anyone to codify them. Please note that these ten precepts are based not on any abstract theory, but on my actual observation of the play of some of the most experienced beginners in the country. Anyone who masters them can raise his strength from 15 to 20 or even 25 kyu very rapidly.

Lose 10000 Games As Quickly As Possible

“Connect before you get a disconnect.”
or
“There is no connection at the carpenter’s ISP.”

It’s probably just for me, but my internet goes down for some minutes quite often. When I come back I usually have very little time to move, so when I see that my connection is lagging I try to simplify the game as much as I can.

Lose 10 Games As Quickly As Possible 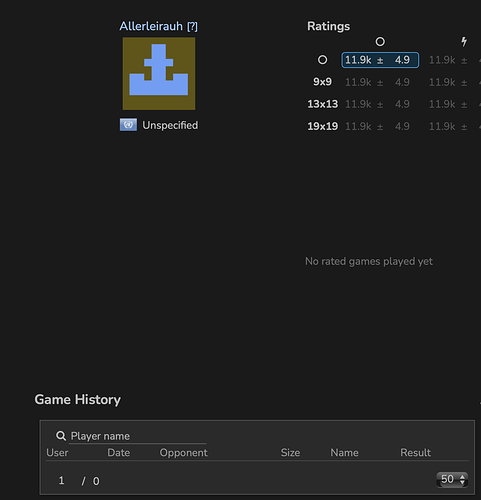