Playing bots: from Deutzia to Echinops?

Maybe a silly way to think of go skill progression, but here goes.

Deutzia seems to make enough terrible moves I can beat it just by pressing it a bit and waiting for a mistake. But Echinops still feels far beyond me: what skills need to be developed to bridge that gap?

(Also: what’s up with these bots anyway? Are they just katago or something like that with a few x point blunders thrown in for good measure?)

ok I guess I’m finding joseki and other weaknesses in Echinops too, so maybe this is just a skill issue, I suspect I’ll be able to beat it eventually

Hmmm. Echinops might be broken. After the game it sometimes posts “Failed to start the bot, can not make a move, trying to restart” and these games seem much weaker than when it doesn’t do that. Hm. 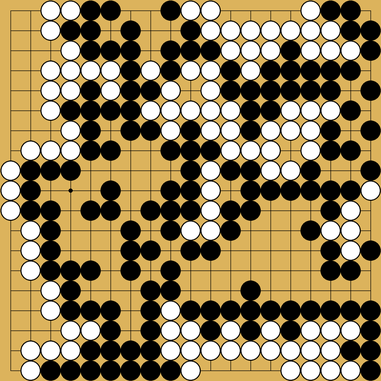 How is your progress?

I got a game where it didn’t write anything but still played pretty bad. It’s quite inconsistent. It normally plays very strong but sometimes just gives a game to you. Feels like playing lottery. 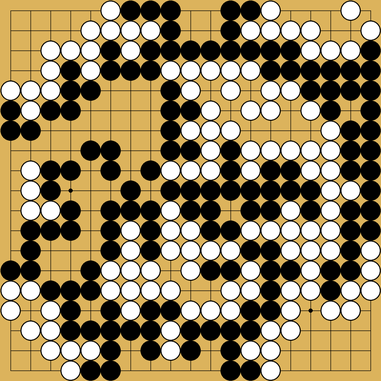 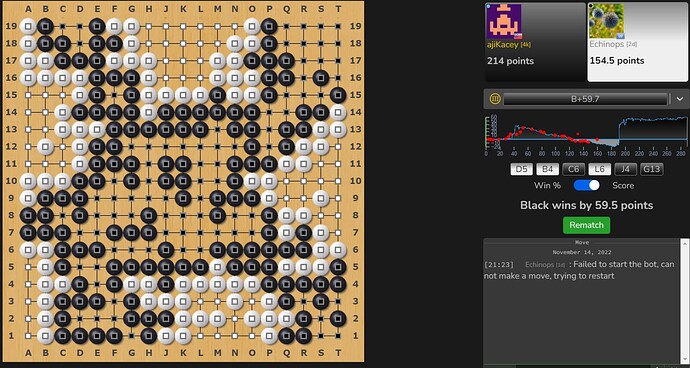 I haven’t played against these bots, but I heard about other bots in the past that were nerfed superhuman AI. Playing against those is a bit like fighting against Bruce Lee while he is playing Russian roulette on the side.
By putting more bullets in his pistol, you can finetune his winning percentage to be similar as a lower level human player, but it’s still quite a different experience.

I can see that, if these bots are targeting a particular rank they might play a near perfect game one day and make a couple devastating mistakes the next, just so long as the win/loss ratio turns out to be what’s needed for that rank.

I do think that once you’ve discovered how to exploit the bot’s weaknesses they’re not so useful for training anymore. That’s one reason I started playing against bots in the first place, I found I was being more often matched against weaker players, effectively training myself that overplays often work out okay. Whereas strong bots usually punish mistakes fairly quickly.