Lately I’ve been getting a bit bored of my opening systems.

I like to play the high Chinese, so I thought: what if we expand the idea?

To make a Sino-Tibetan formation, you need:

Beyond that, the choice is yours.

I just played the Manchurian fuseki against an 8k, in a game that reminded me of some AI insights.

The bot likes, as I remember it does, wC+ B, continuing into wC+ B C18 A+ R13, establishing a group with right-side access.

What I found really interesting, though, is that it even regards wA C R13 O Q14 as an even game.

I’m wondering whether the meta in the Manchurian is properly R15 口, with R15 Q16 falling victim to the aforementioned C+ line.

There are several possible continuations: 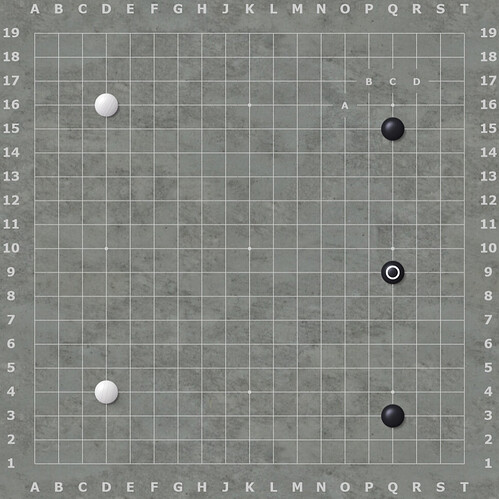 Recently I’ve been playing the Amur, but I’m thinking of trying the Argun soon.

In the game, White played the vulgar exchange A–B. One might think that this sequence relies on a ladder and that Black must now play X and not Y, but actually Black can still play Y.

White still loses about 15% WR, but that’s the same as what the bot claims I lost from playing the Manchurian to begin with, so I can’t criticise. It’s only a point or two anyway. In any case, White should probably play C directly.

This ladder necessary for White to capture tightly. The game result looks better for White, though, even if he does have the ladder. 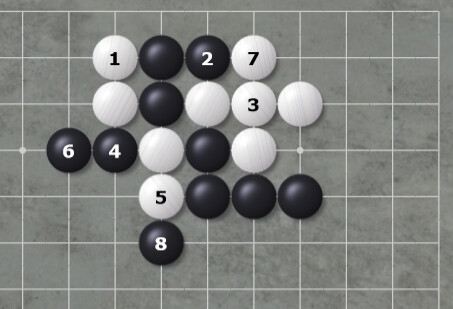 There are some complex bot variations possible, but the game could easily proceed simply like this: 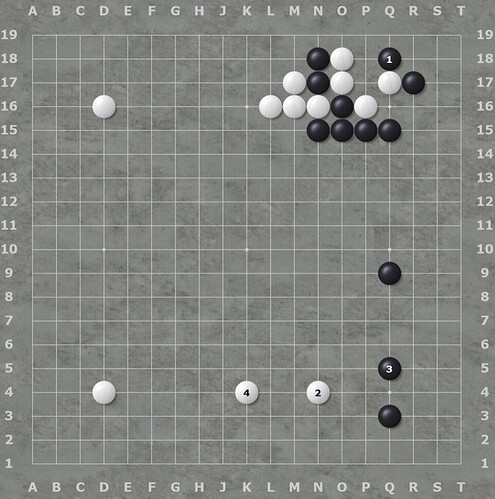 That looks about even, or, more accurately, a little better for Black. 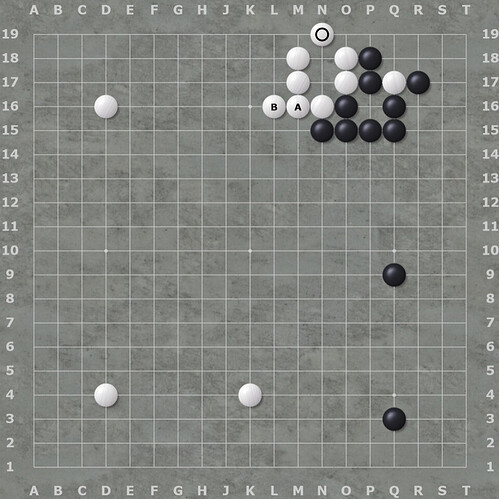 The game continued this way, though, with some mistakes from both sides. I was happy with this, noting that A and especially B are inefficiently placed.

Fun fact: the Manchurian was in Hurt / Heal Fuseki and finished 18th of 24, between the nirensei–nirensei splt and “Hosai’s formation” (which could also be called the “rotated sub-orthodox”).

Just curious, what’s the reasoning behind these names?

The version with a 5-3 point and high center stone was named the “San Andreas Fault Fuseki” by KoBa a few years back.

Manchuria is another name for Northern China or regions in it, developing the name from the high Chinese, which the Manchurian system is based on. That name isn’t mine; as I said, it’s existed for at least twenty years. The pun is that the “high Chinese” is “high”, or north.

The Ussuri, Argun, and Amur are rivers in Manchuria. 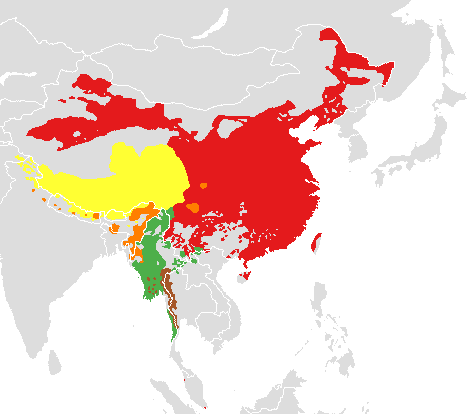 Map of the Sino-Tibetan or “Trans-Himalayan” languages, with the Chinese languages in red.