Puzzle described as seki, but I think it's death! 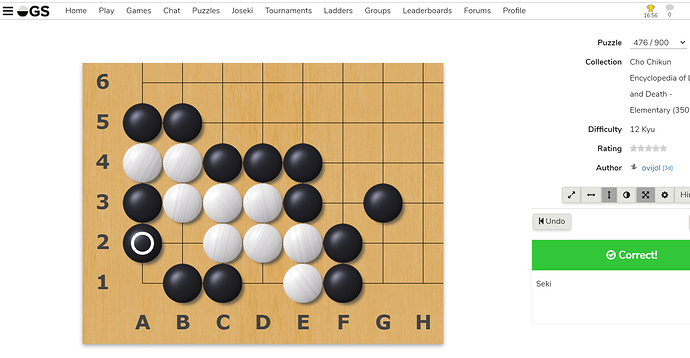 Black can continue ( at any time ) by playing 2B, and capture the next move.

White is definitely dead there.

B2 and D1 by White are self-atari. A1 is forcing but Black just captures it and nothing changes.

Black can, indeed, capture with either B2 then D1 or D1–>B2, the move order doesn’t matter. Not that Black would even play in what is now his own territory.

Maybe instead of making a forum topic, you could pm the owner of the puzzle and tell him about a problem with the puzzle.

Thanks for sharing the interesting position and apparent bug, @GeorgeBarwood. Perhaps there was a problem with White’s response in that particular branch. I’m trying to figure out if it was supposed to be a seki (and White’s moves here were just wrong) or if White is indeed dead (from the initial starting position of the puzzle).

I agree that White is dead in the position shown in the screenshot.

@kingkaio, there’s nothing wrong with someone posting on the forum to ask a question or even report a bug about a puzzle. Perhaps they just want a second opinion first, or even start a discussion. You shouldn’t tell people to do something else instead.

I have sent a PM. 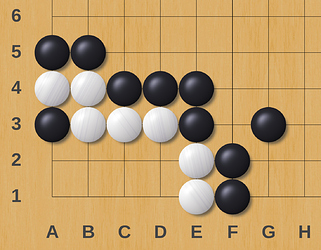 If Black plays at B1, the problem is programmed to respond at C2. However, then Black plays C1, White needs to connect at D2 (to avoid snapback), and Black finishes the kill with A2, which is incorrectly labelled as a “seki” by the problem (and shown in the original screenshot).

Instead, I think White’s response to B1 should be to take with A2. I think that works to preserve the seki. Edit: probably not.

Instead, I think White’s response to B1 should be to take with A2. I think that works to preserve the seki.

I may be wrong, but if White plays A2, black cuts at D2, and I think White is dead?

Edit: no, I take that back. White loses two stones but seems to be alive.

But anyway, I think black’s FIRST move is A2. That does seem to kill white… I think!

Hmm, no, I am all muddled! Not sure what is going on… I think you are right. It is seki if White responds to B1 with A2, then Black C1, White connects, then Black plays B2.

Hah! What a strange brainfart…

Instead, I think White’s response to B1 should be to take with A2. I think that works to preserve the seki.

E2 is already filled? What point do you mean?

Could you describe the sequences more clearly?

But anyway, I think black’s FIRST move is A2. That does seem to kill white… I think!

Maybe, I’m not too sure, but I was just trying this in the puzzle, and arrived at this interesting end state 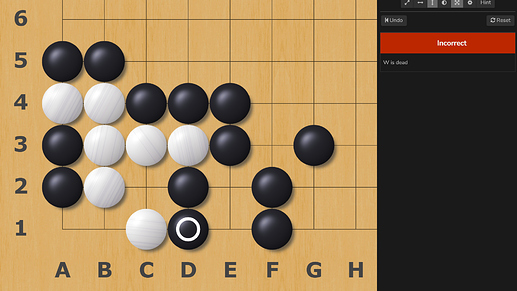 It says “W is dead”, but also calls that “Incorrect”! Clearly a bug there!

EDIT: I misinterpreted the statement

although I have to ask how you got there…

The puzzle has multiple paths programmed in, so the system seems to randomly choose among several response options in some cases. Try again if it goes down a different path.

Well I just looked at this sequence:

Black B1, White A2 captures, Black D2, White C2, Black C1 and if White captures at D1, it’s snapback and White is dead. 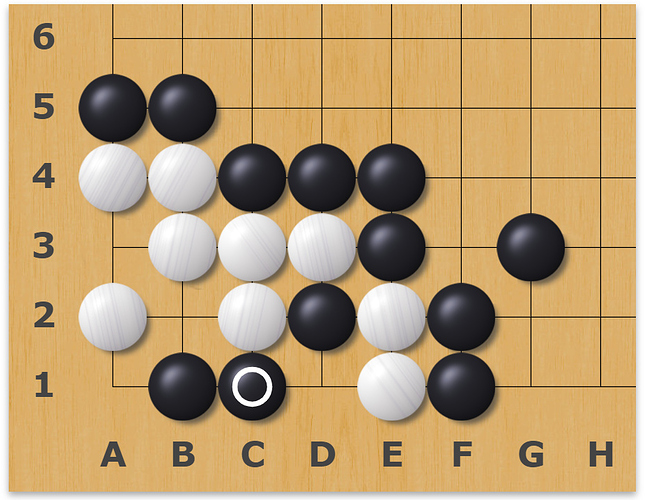 ye, bug in the system then, D2 is deffo wrong

Black B1, White A2 captures, Black D2, White C2, Black C1 and if White captures at D1, it’s snapback and White is dead. 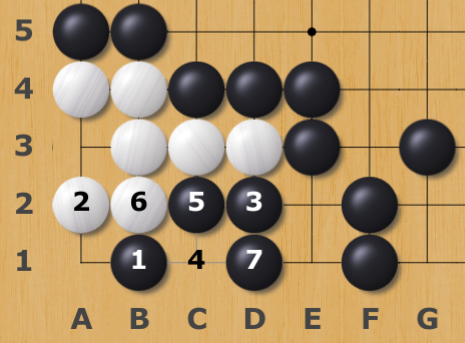 the proper way for w to play into seki I think is this (actually this specific one might be thousand year ko after A1, I think i see a better branch) 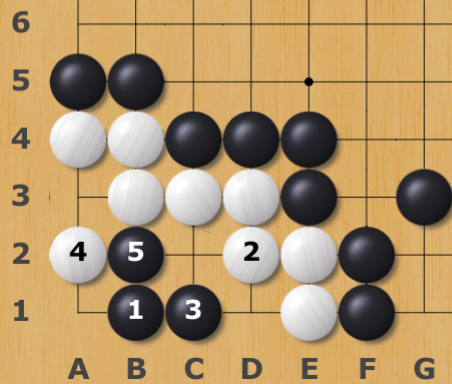 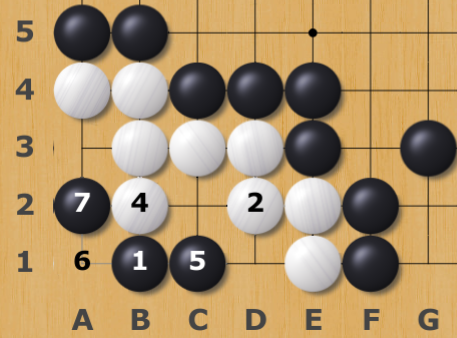 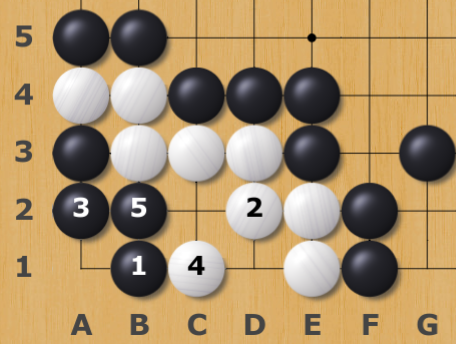 EDIT: the first seki sequence I posted (the thousand year ko) pic should actually revert to this: 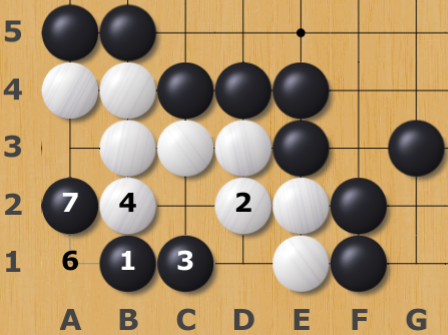