I happen to play a robot and it thinks hours for a move sometimes. Just curious, how robot works? I don’t understand why a computer needs that much time to think.

Yes, robots need to think! Since a computer is basically electricity going through memory (bits) and changing them from 0’s to 1’s, if you give it enough things to do, it will start to take time.

How the AlphaGo-like AI work, in short, is that they have a system of equations to solve, based on some parameters (weights). Usually these systems are very large to begin with, with several layers, each having hundreds or thousands of equations with ten thousands of variables to solve. Since the goal for the machine is to turn input data (in this case the board position) into a number (an evaluation of how likely black is to win), and there is a lot of information to process, it needs to link a lot of different factors to this eventual number.

Next it needs to do a search through a couple of likely next moves. It uses another (similar) system of equations to decide what the best next moves are, and then it just goes step by step deeper into the tree (each time solving all those equations again). The longer you allow it to search, the deeper it can read, and the better it will play.

If you don’t immediately become uncomfortable upon confrontation with mathematics, then this is a very good and clear explanation about machine learning / neural networks, which is what the current strong AI use.

Older bots, like GnuGo for example, use a different method of finding the best move, which is a lot faster, but also a lot weaker.

Which bot are you referring to? Are you talking about one of the bots on OGS or something elsewhere?

How much time a bot is given to compute can have a big impact on its strength, but it’s often a configurable option. However, forcing a bot to make moves faster might mean that it becomes substantially weaker.

If you are observing this with a bot on OGS, maybe it is under heavy load (from wide demand) and the operator is slowing it down? Or maybe there is an unintended bug with how it is operating? 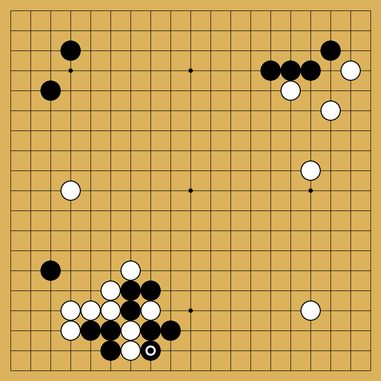 Here is the game. I am thinking maybe the computer is not hooked with OGS and needs human manual input my response. Anyway, just curious. It does not bother me one way or the other.

One way of thinking about it, that is not too far off, is that many bots are actually doing what we do: looking ahead at what might happen if they play in a place, and deciding if they like the look of that.

They can churn through that faster than we can, but a good result still takes time.

i just sign up to play with a 3k bot on ogs. Its response is instant.

You can read it right in bot’s profile:
“only access correspondence game, live game is too hard for my old computer.”

By the way, some bots can be made to artificially play slower to make it more human-like.

There are different ways they do it, and different quality of results.

3k isn’t that hard for computers

A robot can never think like human though. A 5d human would know he is playing against a 4k and does not need to think hard.

just for the fun of it. I play this 4k robot. It’s very impressive. Then as soon as it started losing, it started doing weird things, like feeding its stone to my tiger’s mouth. 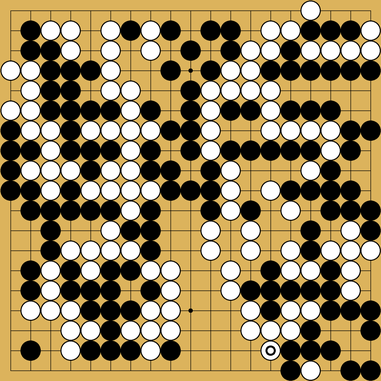 Yeah, that’s just Fuego… Fuego doesn’t know when to stop. It also says it on its profile;

If you have clearly won, you could call a moderator to let them end the game on Fuego’s behalf.

just did. Thanks. Now I need to go struggle with this 5d robot.

If you want an interesting strong bot, try DarkGo. It works with the modern type of artificial intelligence, but it doesn’t read ahead, it only evaluates the position on the board it’s given (Therefore it’s very fast as well, since it only needs to compute one evaluation)

Absolutely not. I want to maintain some human pride.

I don’t understand why a computer needs that much time to think.

In your case I see that the bot is trained by an user, somebody pointed even that in the profile is mentioned to be an old computer. In that case for sure the computer is not on all the time, so actually is not the bot thinking, but the user going online.

That’s what I am thinking too. The user setup long game invite. I thought I just took a teaching game and did not know it’s a bot until it told me in the chat.

Ok, last but the most important question, it is a ranked game. I get my rating up upon winning, right?

Yes, if you keep the game running, they can decide it without annuling the score (they only can’t if the game has finished).