Review: could someone explain why AI still think W is winning? 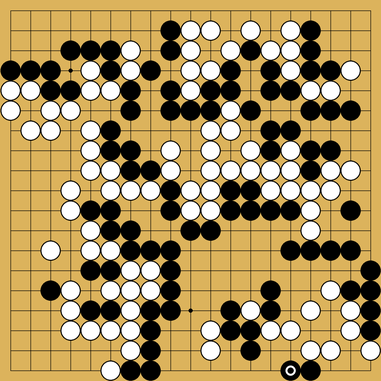 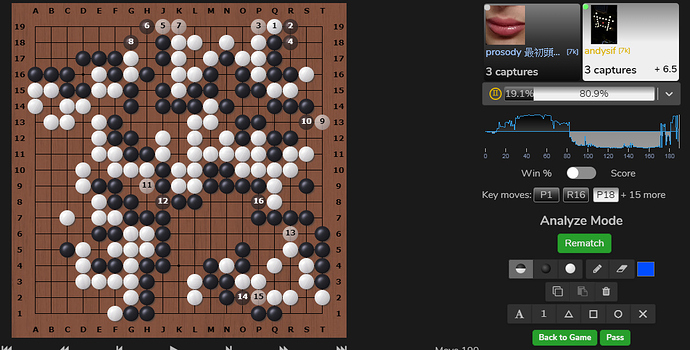 But according to the score estimater, B is winninig by 8.5, not even counting the top right corner.

what exactly does this mean?

Have you tried counting yourself?

now that you ask, i actually count it by hand.

and if we allot those spots unaccounted for in the pic to either B or W according to common sense, I don’t see how W could make a comeback.

That is, unless W can take the top right, which i really don’t see how.

Win rate is changing a lot in last moves. This could mean that the game is very close.
If you switch to score instead of winrate you’ll see that it’s actually close.
Endgame is crucial. Both players could still win.

Your opponent was estimating to be losing by few points. If you look at the chat you can see her thoughts.

May I ask you why you resigned?
Did you feel far behind?
Did you trust SE?

yes, i see that using score base AI the computer thinks W could win by 0.5 or something.

what i don’t understand is how does it come up with that idea.

I know score estimate cannot be taken literally. But using the pic above as an example, i don’t see any groups wrongly marked (meaning they should be dead/alive but marked otherwise). There are some spots not accounted for, but you can mannually add them to the estimate. I give the upper right (worth 8) to B and top middle (worth 3) to white. The rests are pretty much dame.

I therefore see B winning by about 10-15. I don’t see how W can make a comeback.

I am not that good at counting nor at endgame, so this could be garbage, but it looks to me to be B 77, W 73+komi and there’s still some sente move left… 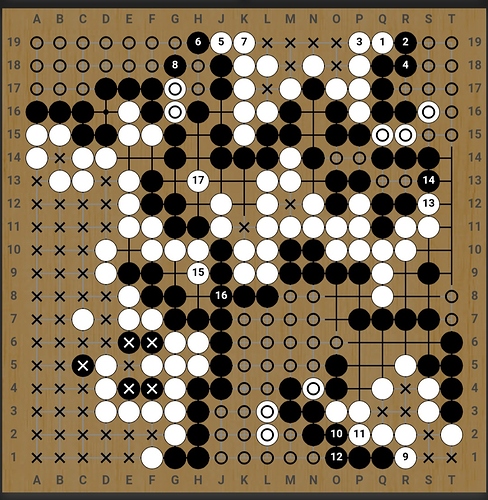 thanks, this explains a lot. i now see how W can come back