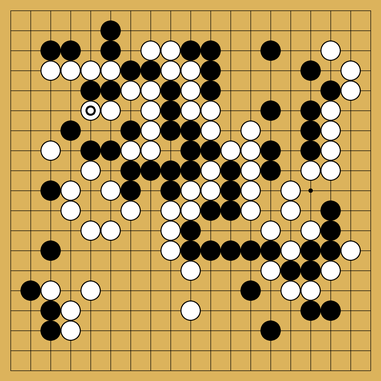 Questions I have are:

I hesitate to comment since I’m really no stronger than you, but I’ll risk being foolish. The opening wasn’t bad, I think, but there were a few things I would have done differently. If you are going to create the long side with R4, it seems that the logical follow-up is to approach the lower left corner, rather than make an enclosure immediately. Also, I think it is better to complete the joseki in the upper right with R17. If he tries to seize sente by not completing his end of the joseki, then you can pincer him to great advantage. As a consequence of not completing the joseki, you lose the corner, but even worse you are forced to play L17, when there are bigger moves on the other two open sides. Finally, splitting W on move 17 is smaller than securing your other corner, or extending on one of the open sides.

However, I think you lost due to move 43. You had begun to build a nice moyo, and I think you should have continued with this with something like J15 or K15, or O7. Even extending for more territory with L3 would be better, I think. The fight that you began on move 43 destroyed your moyo. I hope this helps.

Your opening was fine, I disagree with a few things Conrad said about it but most of it comes down to style preference rather than good or bad.

For move 43, personally, I’d play at N5 and then build a wall in the middle as white runs

Your opening is fine up until at least move 11. However, be aware that the moves you’re playing leave a ton of bad aji that can be exploited. If you like big, messy fights, that’s fine, but be ready for some big, messy fights. I’d prefer to finish the upper left joseki and be solid. Playing tenuki and approaching the other corner is the fast, light way of doing things, and super popular in professional play, but I think it’s too much for us kyus. (The enclosure in the bottom is similar: fast, light, and loved by pros and AIs alike. Leaves more bad aji than just playing orthodox P3 instead of O3.) Your opponent doesn’t really end up punishing any of that bad aji, so you come out of the opening ahead, IMO.

I think things start to go wrong around move 48. You’re trying to play both sides of your opponent’s weak group, which feels really inconsistent and leaves you with a weak group in the middle. 80 moves later that group dies and costs you the game. It’s fine to attack, but you need to do so with strong groups. It’s fine to build territory, as well, but if you’re going to focus on that your opponents group will get out, live, and probably eat the cutting stone. If you want to do that, make your opponent capture that stone in a way that gives you as much as possible in exchange. Even chasing your opponent through the middle of your influence on the top left would be fine, so long as all of your groups got super strong in exchange. That’d be a fine “Get a ton of influence and go after whatever looks weak” strategy, which would probably work since your opponent has weak stuff at bottom right and bottom left. Instead, you seem divided between trying to attack your opponent and trying to build up a fairly small territory in the top left, and as a result you get neither. Choose a strategy and stick with it, rather than trying to get everything.