Review request 24k vs 22k (not sure about ranks)

I just had a game against a 22k and I got absolutely demolished.
I’m not sure about the ranks because in the chat he’s 18k, on his profile page he’s 20k so I’m very much confused.
I still want to improve though so if anyone could check out this game please do Made review https://online-go.com/review/262981
Quite nice game for 2xk, I think you will rank up soon.
Dont worry about opponents rank, it doesnt matter much - just play good moves.

Thanks for the review, pretty insightful. Maybe I give up territory too easily because I don’t know how to properly fight it.
Thas pass was a mistake yeah, I tried undoing it but he just sat there for 5 minutes not doing anything and then just playing

I’m going to play a lot more games, I love this game!

I made some comments in the initial phase of the game up to move 51: https://online-go.com/review/263078

What this the weakness you mentioned? 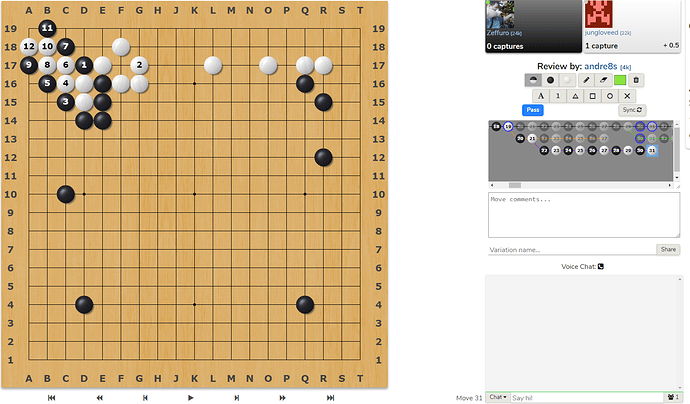 Black 1 is in Atari.

Almost correct, however the ladder as shown does not work (as others pointed out stone 1 is in atari). Try to find another ladder 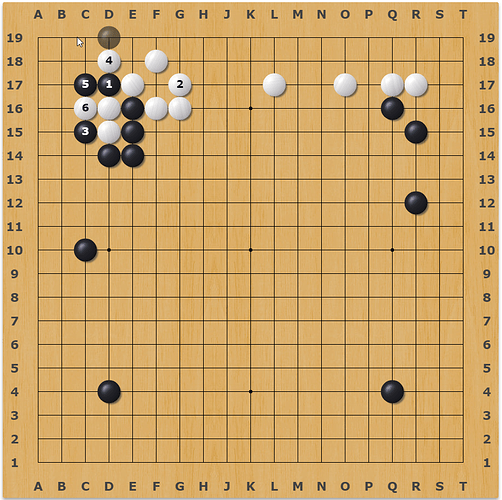 In your second variation, why should w play 4 while his two stones are being in atari?

Your first variation was almost perfect, only your move 3 should be at a different position --> there is an alternative way of starting a ladder with the D15/D16 in another direction. Give it another try!

BTW - up to this stage, I like blacks position very much. White only has some few points at top side (and the ladder makes it even worse), while black is more or less present on the whole board. Thus, your opening was already quite well played.

Edit: I added the ladder after move 19 in my review