Here’s a game I recently played on KGS: 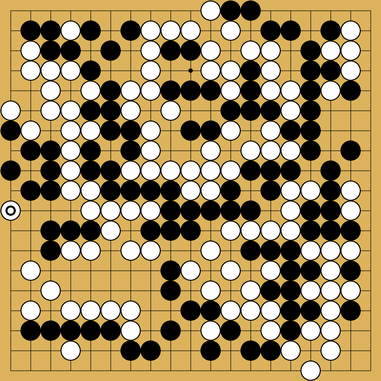 (I’m BaseSix, there, playing white in this game.)

I won, but mostly because of a huge, chaotic fight in the middle where my opponent made a few more mistakes than I did.

I’ve run the game through leela to pinpoint my bad moves, but I wouldn’t mind some human analysis, as well. What should I be focusing on to improve my game? My main feeling with this game is that I should to play more honte-ish moves. I unnecessarily lost the top right, and the top left was in serious danger because of some sloppy play up there.

I should also try to pay more attention to what forcing moves I have. I’ve had a few games where I’ve had solid forcing moves that at least give me more aji to work with, but end up playing elsewhere and losing the opportunity to play them. I’m a bit worried about aji-keshi when I play them out, but I think I’m being overly cautious about it, and losing my chance.

What else should I be focusing more on with my games?

@ckersch88 i left a couple of variations. nothing too enlightening though im afraid, as im not really stronger than you.

imo the game losing biggest mistake was connecting the ko in the bottom right. it seemed to haunt you as well throughout the game, as you came back twice to reinforce the bottom left, both times ignoring local sente moves.

i also couldnt figure out why you accepted blacks connection on the bottom side and took a centre ponnuki.

EDIT: …well i somehow assumed youd lost xD, even though “i won” is basically the first thing you say in your description of the game. 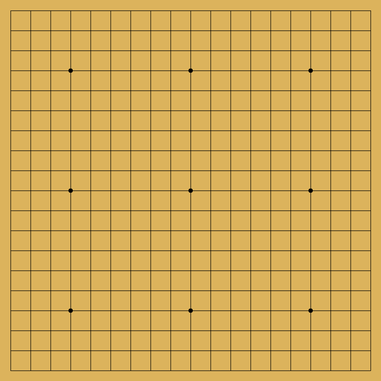 I agree, connecting the ko in the bottom right was the game “losing” mistake (though you didn’t lose)

@kickaha and @jmdingess: how much is the R5 connection worth? 60 points? 80 points? Huge anyway, so I would certainly not call connecting the ko a losing move.

The exchange O17-P18 is bad as now black can capture the corner. S18 was not a great move in the first place.

After M15, you can prepare to push at K16. H16 helps black repair the weakness… and is gote for white.

hmmm it is very big, but is it bigger than the corner group? are you saying that connecting is not a fatal mistake or that its not a mistake at all?

the reason i judged the move harshly was that the 2 moves spent aiding the lower left later on led to so much trouble for ckersch on the upper side.

anyway… glad to be proven wrong.

@kickaha I think your evaluation of the lower left is fine. But maybe white didn’t have to spend two moves to save it.

What I think you’re underestimating is the shift of power on the right hand side between white connecting vs. black capturing at T5. After black T5, the white corner is not even alive yet.

I had to ask Leela Zero. According to LZ, C3 is just a little better than R5.
Just to give you an idea of the value of R5: if black plays D15 as a threat, LZ thinks connecting at R5 is better than answering at C15.

Thanks for the reviews/comments, everyone! that I lost was a reasonable assumption to make, based on the moves I played! I have a strong tendency to get into awful situations, and then try to fight my way out. It works sometimes, but I really need to focus more on keeping my groups healthy. It’s my top priority, in theory, but I inevitably end up running multiple weak groups around until something dies, either of mine or of my opponent’s.

For the ko on the bottom, my reasoning was that if I captured all of black’s stones on the right, losing the left wouldn’t matter all THAT much because I’d have compensation for the corner territory, and my group seemed reasonably well connected to the outside. Leela agrees, of course, that I should’ve defended the corner. I think I overvalue being connected out, probably because I make mistakes that kill me locally, so being connected out gives me a crutch for saving my groups (or creating giant dragons that run around the board before they die.) Definitely something for me to think about…

EDIT I hadn’t read your followup comments when I said that but I still don’t see the value in it. I guess I disagree with LZ on this one maybe im stubborn or just weak but it seems like too much of a loss in the bottom left for what doesn’t to me seem like that huge of a gain on the bottom right